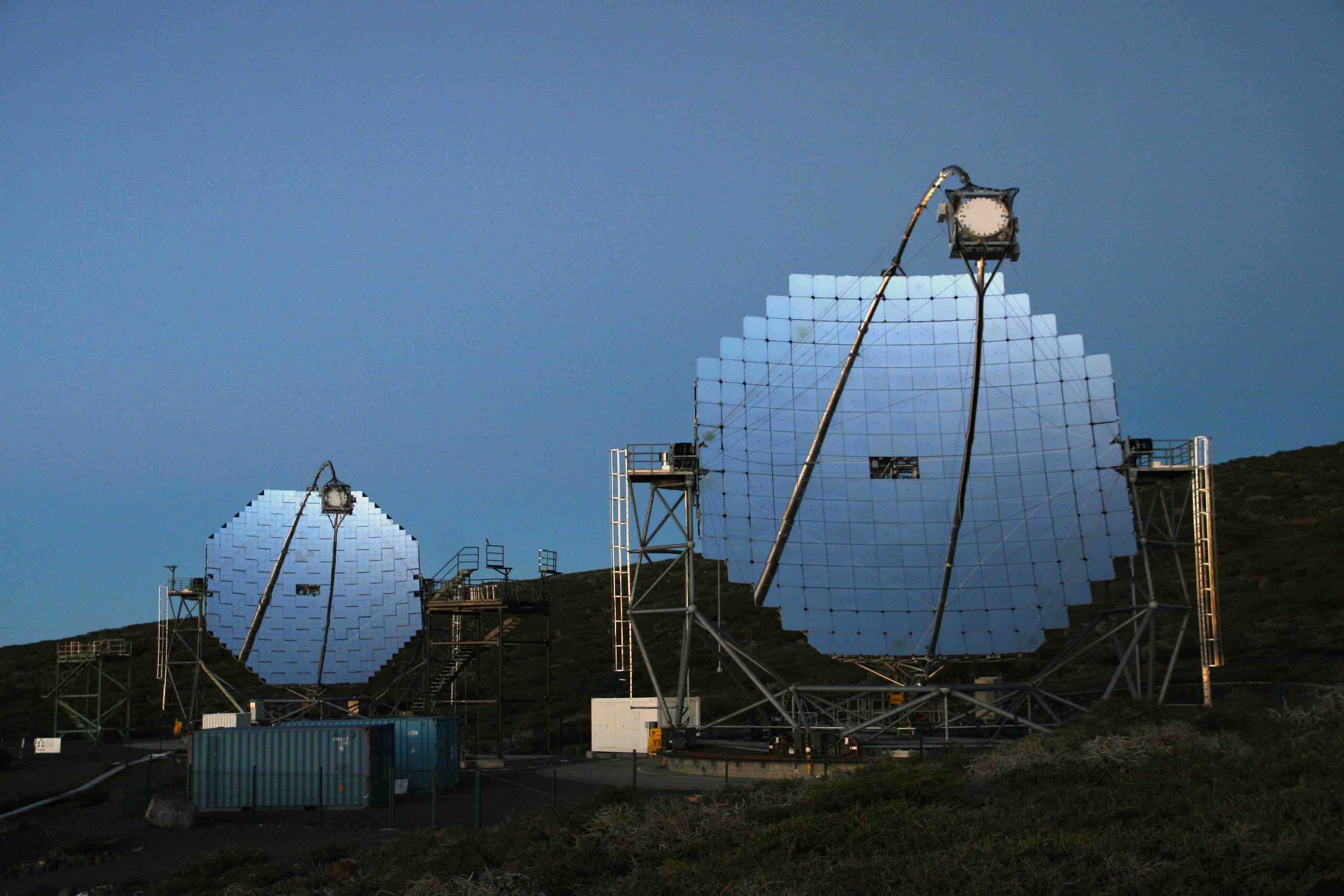 An important step toward a better understanding of the high energy emission from gamma-ray bursts was just been reached with the detection by the MAGIC cherenkov telescopes of highly energetic photons from a distant gamma-ray burst, GRB 190114C (z=0.42 or 7 billion km). MAGIC (Major Atmospheric Gamma Imaging Cherenkov) is a system of two telescopes, each of 17 meters in diameter, located at the El Roque de los Muchachos Observatory, La Palma, Canary Islands. Following the alert of the detection of photons with energy from tens to hundreds of keVs by the instruments on board two NASA satellites, Fermi and Swift, the MAGIC telescopes were quickly able to point toward GRB190114C. Less than 50 seconds after the alert, MAGIC detected highly energetic photons up to 1 TeV, a record in the case of gamma-ray bursts. The intensity of the observed signal set this object as the brightest source of the sky in this energy range and by far (100 times more intense than the Crab Nebula).

In order to obtain the most complete description of the phenomenon, an international campaign involving a large number of telescopes, both on ground and space, was organized to monitor the emission throughout the full electromagnetic spectrum, from very high energy gamma rays (TeV) to radio waves.

In particular, Evangelia Tremou (Irfu/DAp-Laboratoire AIM of CEA Paris-Saclay) and collaborators used the 63 antennas of the new MeerKAT radio interferometer (located in South Africa) to observe in the radio band the gamma-ray burst. These observations, carried out on 2019, January 15 and 18 at a frequency centered at 1284 MHz, contributed to the extremely complete spectral coverage of the source and thus to its modelling. These data made possible to rule out certain models and to favor a scenario where the very high energy emission of the afterglow results from the interaction of low energy radiation (known as synchrotron emission) with the energetic electrons present in the environment. This scenario called SSC for Synchrotron self-Compton has as a signature two bumps in the spectrum (at low and high energy) and this is exactly what is deduced from these multi-wavelength observations of the GRB 190114C.

These works are published in the journal Nature of November 20, 2019 through two publications, one describing the discovery of FRB 190114C by MAGIC, the other based on the associated multi wavelength campaign. They illustrate how the widest possible spectral coverage is an asset for a better understanding of the physic at play in gamma-ray bursts, an approach at the heart of the French and Chinese SVOM space mission.

It should also be noted that in the same issue of Nature, an article describes another major result: the very high energy detection by the HESS telescope network of the gammay-ray burst GRB 180720B, but at a later phase, 10 hours after the prompt emission. (see Irfu News)