This process transports thermal energy through displacement of a fluid. What is hot goes up, what is cold comes down. A common instance is that of a pan of water set on a heat source (electric heating element, gas ring…). The water heated at the bottom of the pan is lighter, and rises to the surface, where it cools, sinks back, is warmed again, rises once more, etc. Such convective motion tends to reduce the difference in temperature between pan bottom and surface. In the case of stars, convective motions serve to carry away the nuclear energy generated at the center. Positioning of the convection zones is strongly dependent on star mass, the more massive stars having central convection. When there is steep variation in density, as in convective envelopes of the solar type, the fluid’s entropy (1) turns out to be the natural variable, for the characterization of convection efficiency, highly efficient convection being nearly adiabatic (with no heat loss). In nature, thermal-energy transport may also occur through conduction (direct contact between a hot and a cold body) or radiation (energy carried by photons). In stars of the solar type, conduction plays a negligible part, compared to radiation, which is predominant from the center up to 0.71 solar radius, and convection, which takes over from 0.71 to nearly 1 solar radius.

(1) Entropy is the physical quantity measuring the disorder in a system, as for instance energy degradation. 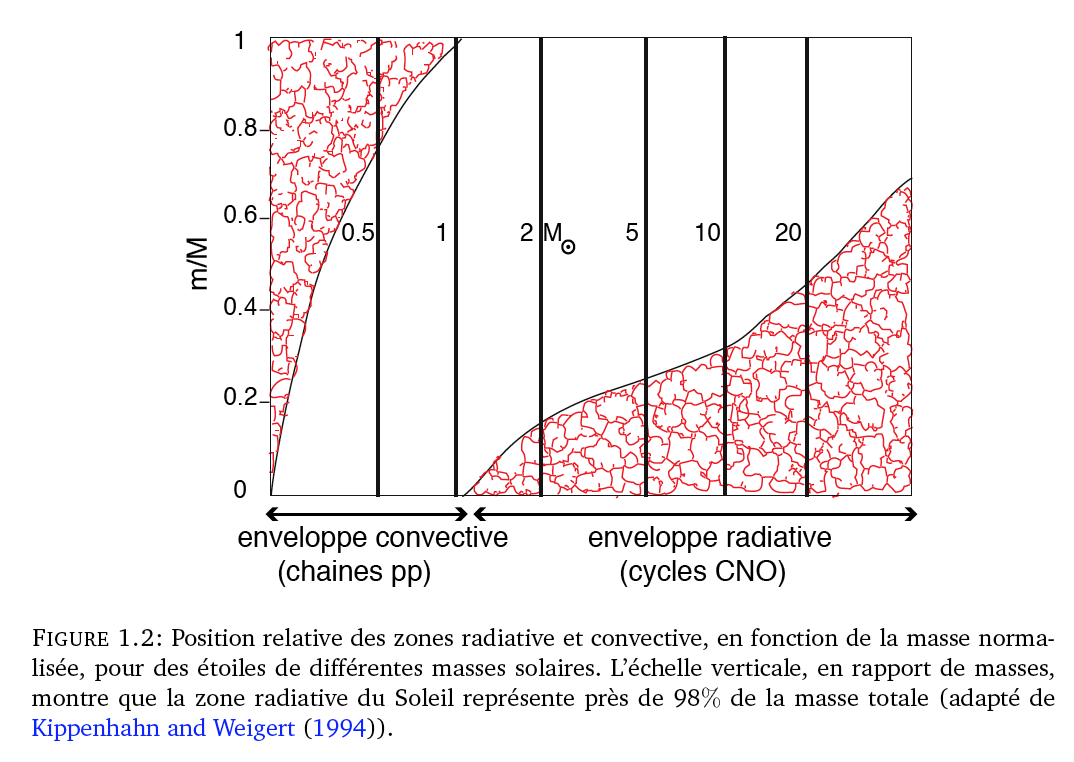