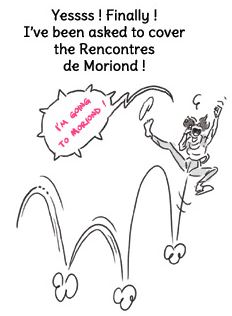 The Rencontres de Moriond is a not to miss event, traditionally the most important meeting place for particle physicists in winter. This year, Lison Bernet, cartoonist for "LHC comics" was invited to join as a special guest. She met many scientists, a majority them working on particle or astoparticle detectors but she also met theorists.

The meeting is intended to promote fruitful collaboration between various communities and institutes by bringing together a small number of scientists in inspiring surroundings. Indeed, physics results are often discussed on skis and over dinner...