Strong interaction occurs at two successive scales. The first is the assembly of quarks and gluons, whether deconfined in plasma or bound in the nucleon and other hadrons. The second concerns the nucleon assemblies which constitute the nuclei of the different atoms. Irfu's objective is to deepen our knowledge of these systems, as well as to discover extreme states of nuclear matter: 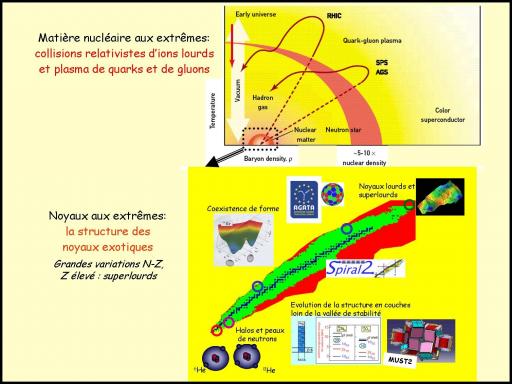