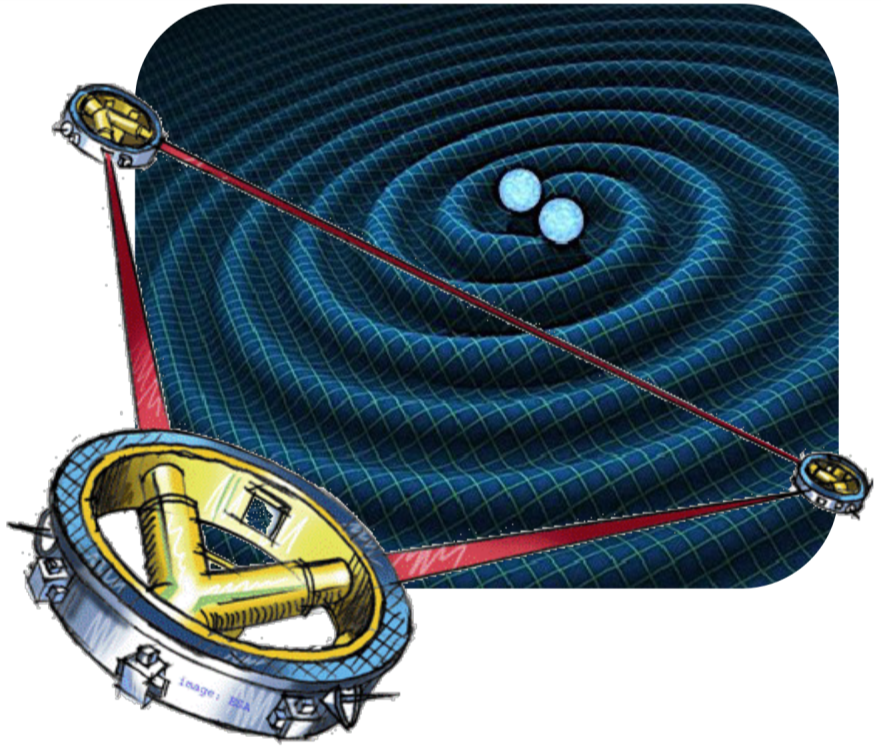 The LISA (Laser Interferometer Space Antenna) space mission by ESA and NASA, will observe gravitational waves from space. After its launch around 2035, LISA will observe in the low frequency band of the gravitational waves spectra and will capture the signal coming from sources which are not detected yet in the high frequency band of ground-based detectors such like Virgo, LIGO, KAGRA, or GEO600. Among the new sources of gravitational waves, the most represented are the galactic binaries whose number of detections should amount several tens of thousands. The galactic binaries are double systems made of compact stars such like neutron stars or white dwarfs in different combinations. Within the low frequency band, galactic binaries are detected during inspiral, that is to say several thousand years before fusion which is detected by ground-based detectors. Therefore, the signature of effects due to structure or internal dynamics of compact stars on the gravitational waves can potentially be detected over the lifetime of the space mission. LISA will allow to understand the state of matter inside compact objects within binary systems, their deformability, or their magnetic fields through the secular evolution of the orbits. In a recent study published in Physical Review D (DOI: https://doi.org/10.1103/PhysRevD.105.124042), a team from SYRTE in Observatoire de Paris and LDE3 from DAP/IRFU at CEA, demonstrated that the effect of magnetism within galactic binary could be measured by LISA.

The importance of galactic binaries

Compact objects within galactic binaries have solar masses for typical radii at the level of 104 km for white dwarfs to few 10 km for neutron stars. They are also among the most magnetized astrophysical objects of the universe with magnetic fields that can reach up to 109 G for white dwarfs and up to 1015 G for neutron stars (these are called magnetars). Such intense magnetic fields can significatively perturb the orbital motion of the binary system and let to characterize them through the gravitational waves emission detected by LISA. The origin of theses magnetic fields is still a debated topic in Astrophysics, especially because of not enough electromagnetic observations which renders the statistics not accurate enough. By complementing the electromagnetic observations with gravitational signals in the low frequency band, LISA will let to better understand the origin of strong magnetic fields and mechanisms at the basis of their stability and durability.

Figure 2: Illustration of a binary system in magnetic interaction. 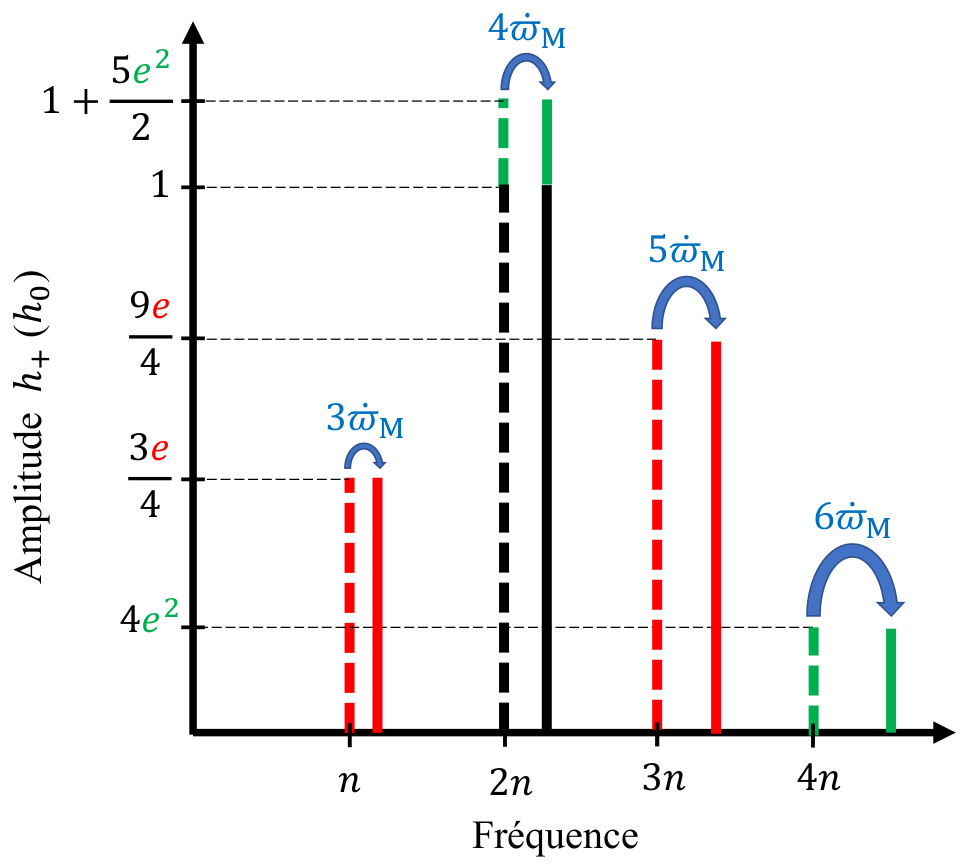 The signature of magnetism within the gravitational waves signal

In order to study the signature of the magnetic fields on the gravitational waves, the secular effects due to the magnetic interactions on the orbital motion must be determined. Within the fossil fields hypothesis, the dipole component is most of the time the dominant one and hence the magnetic interaction is controlled by the dipole-dipole effect. This effect acts at two different levels: on the orientation of the magnetic moments and on the relative separation between the center-of-masses. By solving simultaneously, the rotational and orbital dynamics of a binary system considering the magnetic interaction together with general relativity effects, the magnetic contribution into the gravitational waves signal has been derived. The magnetic effect shifts all the frequencies contained in the signal (cf. figure 3). The shift is driven by the intensity of the magnetic fields and depends on the frequency which is considered. This allows to extract from the gravitational waves signal constraints on magnetism by combining the harmonics with the strongest signal-to-noise ratio (i.e., harmonics at 2n and 3n with n the mean motion).  By observing several thousands of galactic binaries, LISA represents the perfect opportunity to measure magnetism of compact stars and to learn more about the nature of magnetism within white dwarfs and neutron stars and also their progenitors.