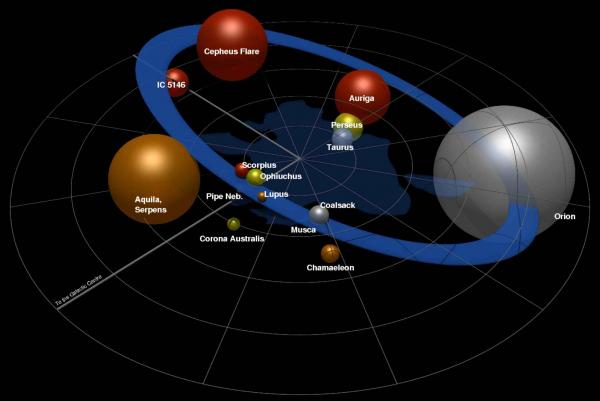 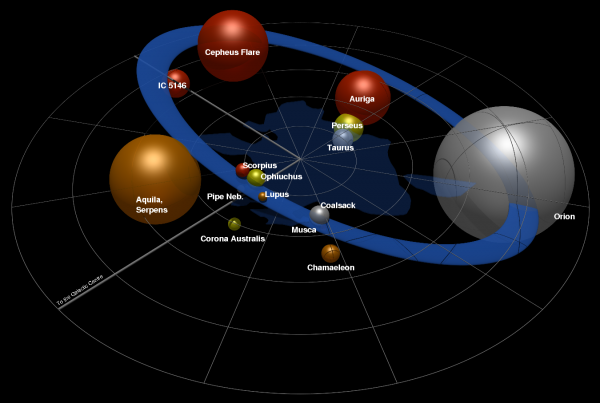 The Gould Belt (represented by the blue ring) is shown relative to the Galactic plane, with the bright star-forming regions (for e.g., Aquila, Taurus, Orion, etc.) along it up to a 500 parsec distance from the Sun (center of the plane). The Local Bubble is shown as a shaded blue area. The size of the star-forming regions is proportional to their mass, assuming a uniform density. Image credit: J. Kirk (modifications by V. Konyves).

In these two regions, a complete census of dense cores was obtained with Herschel and their properties and spatial distribution discussed. The large-number statistics of several hundreds of cores separately in Aquila and Taurus allowed us to obtain the most meaningful results on the formation of dense cores and their physical properties, such as their  temperatures, masses, densities and lifetimes, which was not possible until now. 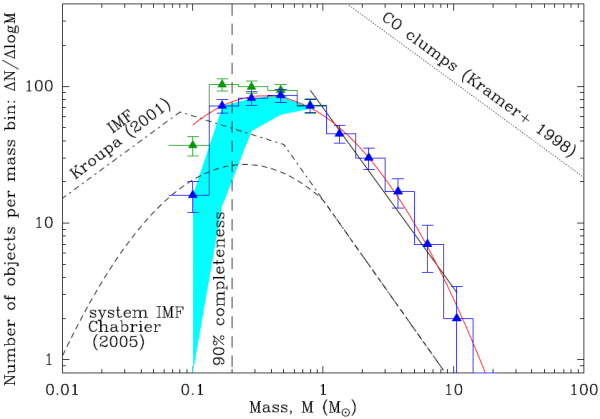 Core mass function (CMF) of 651 starless cores (green histogram), and 446 prestellar cores (blue histogram) in Aquila. The prestellar CMF is approximated with a lognormal fit (red curve) with a peak at around 0.5 solar mass. The high-mass end of the CMF is fitted by a power-law, the slope of which is similar to the famous Salpeter slope. The shaded area in light blue reflects the uncertainties in the prestellar CMF arising from the uncertain classification between gravitationally bound "prestellar" and unbound "starless" objects. For comparison, the initial mass function (IMF) of single stars (e.g.. Kroupa 2001), the IMF of multiple systems (e.g. Chabrier 2005), and the typical mass distribution of CO clumps (Kramer et al. 1998) are also shown. Figure adapted from Konyves et al. (2015).

These Herschel findings support a picture where ubiquitous filaments are believed to precede the onset of star formation. Then, under the influence of local gravitational forces the densest filaments contract and fragment to compact protostellar seeds which are ultimately forming stars in molecular clouds of the Galactic interstellar medium. This filaments-driven scenario provides some new insight into the origin of the quasi-universal star formation law observed on galactic scales. 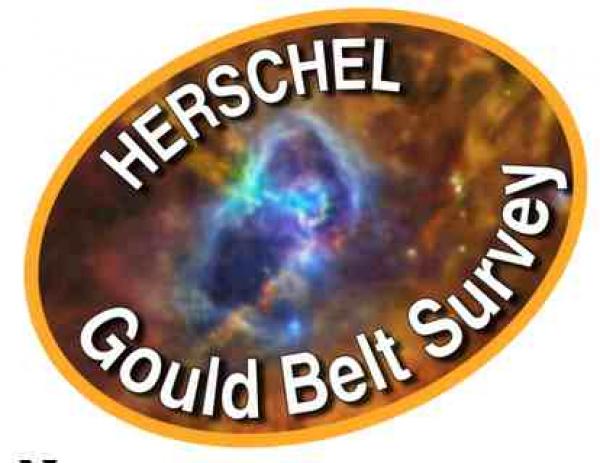 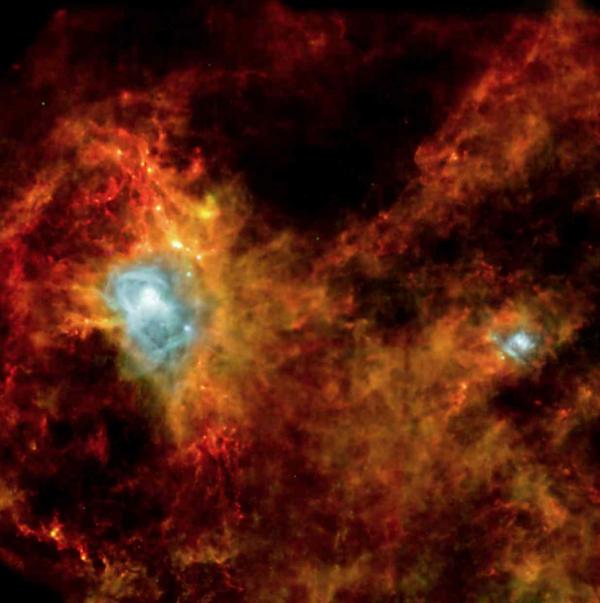 Colour-composite image of the Aquila Rift showing the extended filamentary structure of this star-forming cloud.