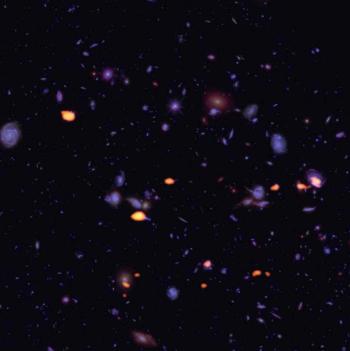 New observational results from ALMA will be published in
a series of articles in press in the Astrophysical Journal and the Monthly Notices of the Royal Astronomical Society. They are also unveiled at the conference "Five Years ALMA : Half a Decade of ALMA: Cosmic Dawns Transformed", held this week in Palm Springs, California, USA.