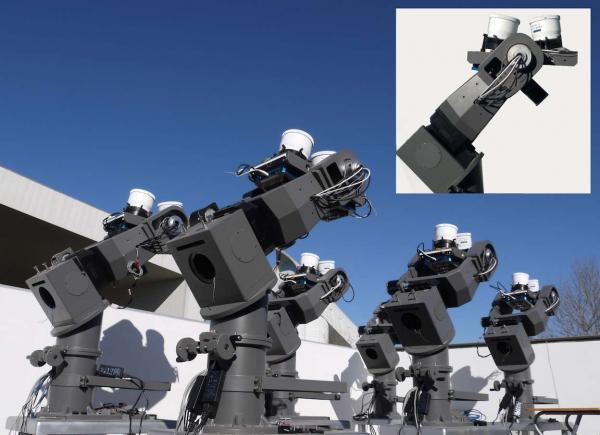 See the luminous echo of a gravitational wave

The SVOM team has just published the results of the follow-up by the Mini-GWAC instrument during the second sequence of gravitational wave detection (run O2) by LIGO and VIRGO that took place from November 2016 to August 2017. Not less than 14 potential events were published by LIGO in this interval, eight of which were monitored by Mini-GWAC. Six events were subsequently retracted by LIGO.

But for two of them, the most spectacular, GW170104 and GW170608, which have been confirmed as resulting from the fusion of two black holes, optical tracking has worked remarkably well. In the case of GW170104 (for Gravitational Wave of January 04, 2017), there are two black holes of mass approximately 20 and 30 times that of the Sun which merged.
Mini-GWAC was able to observe a little more than 2 hours after the triggering of the alert and provide data for 10 hours, covering 62% of the error box. For GW170608 (June 8, 2018), nearly 20% of the region was covered. In both cases, no visible emission was detected, up to a magnitude of about mv = 12.

Left: Artist's impression of the fusion of two black holes producing a gravitational wave. Right: SVOM / Mini-GWAC exposure chart (yellow colored rectangles) covering the GW170104 wave error box. The color scale is a representation of the probability of the position of the source at the origin of the gravitational wave signal detected by LIGO. Credit @ SVOM

The final version of the GWAC installation that was commissioned in late 2017 at the Xinglong Observatory (China) is now able to track gravitational wave alerts down to a visible magnitude mv = 16, more than 40 times fainter than the test version. In some cases, the emission of gravitational waves is also accompanied by gamma-ray bursts that will also be detected by the instruments of the SVOM space mission [1]. The entire GWAC device is ready and able to detect the visible counterpart of these events, even before the launch of the SVOM mission.

[1] SVOM is a Franco-Chinese mission for the observation of the gamma-ray bursts of the Universe whose launch is currently scheduled for the end of 2021.

[2] GWAC is one of the components of the SVOM mission which also includes 4 instruments (ECLAIRs, MXT, GRM and VT) * which will be onboard the SVOM satellite. GWAC aims to complete from the ground the study and identification of gamma-ray bursts detected from space by the satellite.
GWAC consists of 10 mounts each carrying 4 cameras of 18 cm in diameter and thus covering a total field of view of about 5000 square degrees. Each of the 40 cameras is equipped with a 4096 × 4096 E2V CCD operating in the 0.5 to 0.85 μm wavelength band with a field of view (FoV) of 150 deg². GWAC provides source locations up to a visible magnitude mv = 16 with an accuracy of 11 arcsec (for a 10 s exposure).

The Mini-GWAC test version consisted of a system of six mounts, each equipped with two cameras (Canon 85 / f1.2). 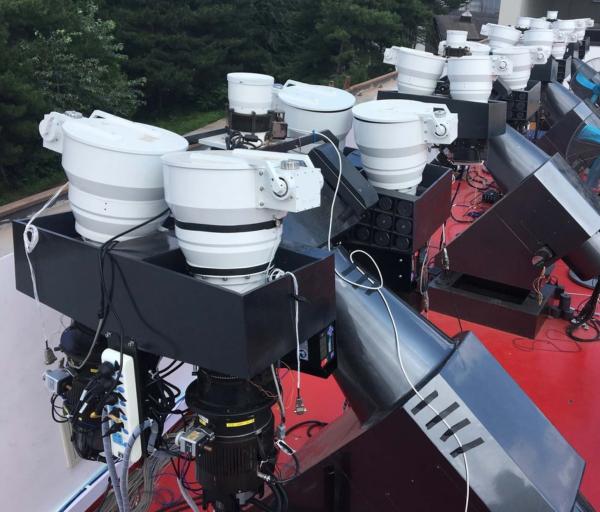 "The mini-GWAC optical follow-up of the gravitational wave alerts.
Results from the O2 campaign and prospects for the upcoming O3 run."
D. Turpin et al., Research in Astron. Astrophys. 2019 (in press), see