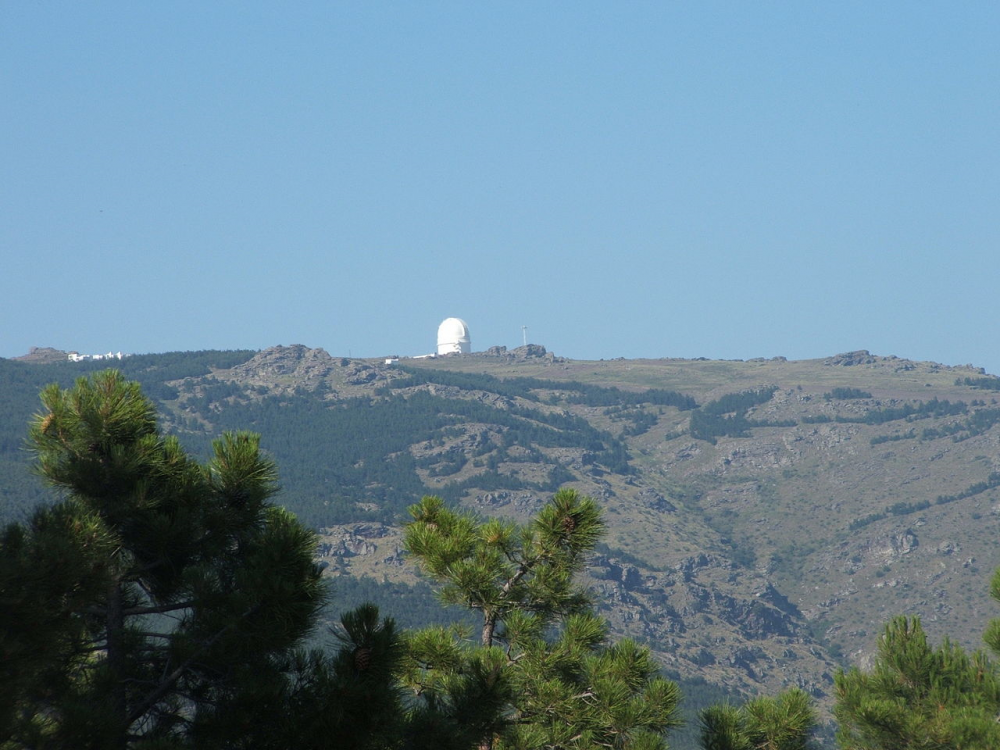 Planets that are strongly irradiated by their host stars develop extended atmospheres that can be probed during transits. These atmospheres undergo photoevaporation which can lead to significant changes in the mass and composition of the planets if it continues for several gigayears. These planets are therefore valuable for understanding planetary evolution. The study of the photoevaporation of exoplanets could inform us on the evolution of the atmospheres of the planets of our Solar System whose first atmospheres would have been shaped by this phenomenon. Exoplanets allow us to study this process as it occurs. An international collaboration has studied the HAT-P-32 system (composed of the star of the same name and an exoplanet named HAT-P-32b) by studying two absorption lines: hydrogen and helium. This allowed them to identify remarkable differences between the two lines during the transit, to the surprise of scientists who also thought that hot Jupiters were rather stable to photoevaporation. Although this statement on the long-term stability of hot Jupiters’ atmospheres remains generally true, HAT-P-32b is an exception to this rule and shows that our understanding of planetary evolution remains incomplete!

Scientists described in a paper published on A&A the detection of absorption in the extended atmosphere of the hot Jupiter-like exoplanet HAT-P-32b: the planet is anomalously bloated, meaning that its (optical) size is significantly larger than other planets of similar mass. Orbiting every 2.15 days around a star that emits strongly at short wavelengths, the planet receives about 100,000 times more extreme ultraviolet energy than Earth receives from the Sun, which likely impacts its atmospheric structure.
In the paper, the scientists show evidence of absorption in the hydrogen H-α (656 nm) and helium He I (1083 nm) lines in high-resolution spectra obtained at the Calar Alto Observatory in Spain. The comparison between absorption before and during transit allows to constrain the altitudes at which absorption occurs. The data show that the absorbing gas reaches altitudes above which the it remains bound to the planet, which indicates that photoevaporation is in progress!
The mass loss rates of HAT-P-32b calculated by the available models indicate that the planet could, due to photoevaporation, have already lost about half of its mass at birth and that it will transform into a much smaller planet before its host star reaches the end of its life cycle.

Since the first discovery of an exoplanet orbiting a star in its most stable phase in 1995, it was thought that hot Jupiters were stable to photoevaporation, but HAT-P-32b shows that this is not a universal law, and that our understanding of planetary evolution remains incomplete! Exceptional planets have the potential to provide unique insights and the fact that the extended atmosphere of HAT-P-32b can be probed with two complementary diagnostic lines (H-α and the He I at 1083 nm) from the ground represents an important milestone for ongoing research on planetary evolution. 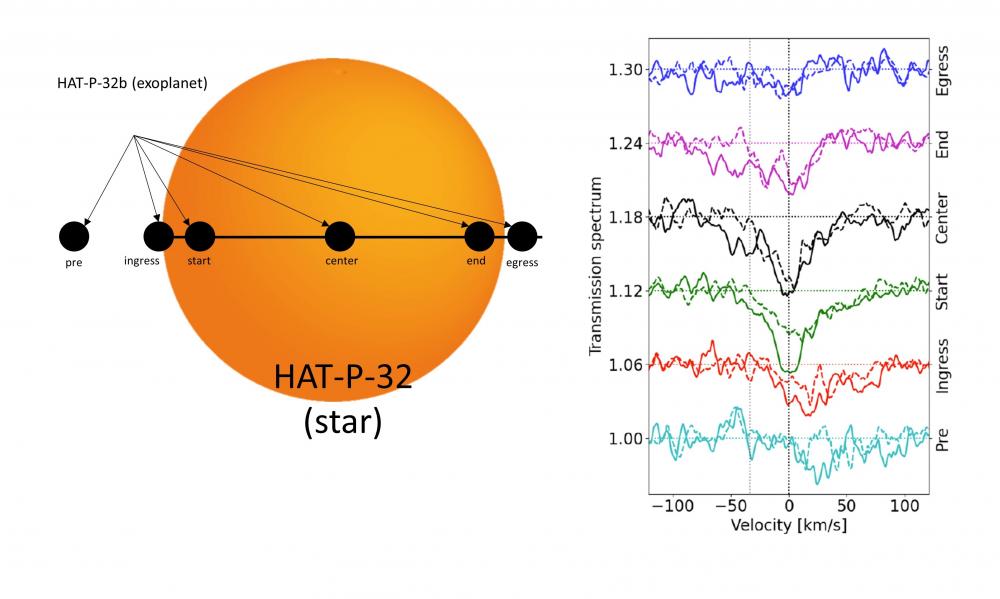 Fig. 1: on the left a diagram illustrating transit phases; on the right a graph representing the light curves of hydrogen H (dotted line) and helium He (solid line) as a function of velocity which indicates a shift due to the Doppler effect caused by the motion of the gases. Each phase of the transit produces a different light curve which could be related to different formation processes.

Interestingly, the transit light curves are different in the H-α and He I lines (Fig. 1). In addition, each curve appears different during the entry and exit phases of the transit. At LDE3, we have begun work to investigate these differences, which may be related to the different physical mechanisms producing each line. We also want to explore how the entry and exit phases could be used to constrain the 3D geometry of the photoevaporating atmosphere, and the role that the stellar wind plays in the geometry of the flow field.

Very soon, the James Webb (launch date: 18th Dec 2021) will investigate with unprecedented detail the atmospheres of exoplanets. Later, the ARIEL space mission (launch expected for 2028) will greatly extend the number of exoplanet atmospheres investigated. Both JWST and ARIEL focus on wavelengths in the optical-IR range that are more sensitive to the bulk atmosphere of the exoplanets, rather than to their extended atmospheres. Being able to simultaneously constrain the current composition of the bulk atmosphere with visible-IR observations and the role played by photoevaporation through the planets’ lives will improve our comprehension of specific star-planet systems and, in turn, of exoplanet populations.