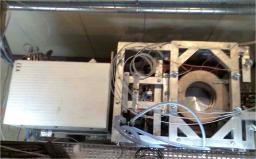 As a technological extension of the fundamental antihydrogen R&D carried out by the SPP, IRFU's Particle Physics Department, the SOPHI project aims to build high-intensity positron source. Positrons are produced when electrons interact with a tungsten target; they are then collected and guided by a magnetic system. The system's novelty lies in the low energy of the incident electrons, leading to a positron beam with high dispersion in terms of energy and pulse. The challenge is to capture these positrons and separate them from the electrons, which outnumber them by a thousand to one.

The ultimate goal of the antihydrogen experiment is to verify the sign and intensity of gravitational acceleration for antimatter. In the extreme cases of models that allow for the possibility of negative acceleration, an atom of antimatter subjected to the Earth's gravity alone would rise rather than fall.

The construction of the source, based on a concept patented by physicists Patrice Perez and André Rosowsky, was funded by the French National Research Agency in 2005. Additional funds were provided by the Essonne Council in 2006 for the acquisition of a 6 MeV miniature electron linac, called SELMA.

The SOPHI positron source and its accelerator, SELMA, were installed in Hall 126 in 2008. Debugging tests continued until late 2009. Various iterations were required to improve the signal-to-noise ratio of the detection system, and overcome disturbance due to linac radiofrequency emission. A positron signal was identified in December 2009. Its intensity was lower than predicted by modeling work, and studies are now underway to seek an explanation for this. A target holder with a built-in cooling system is under construction to increase the positron production rate of the facility. 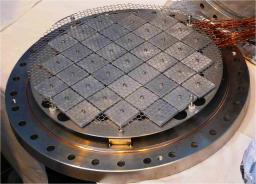 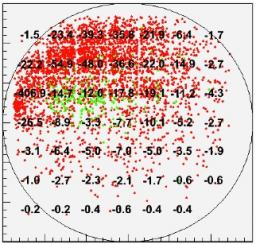 Simulating positron and electron flux produced by the tungsten target at the detector.

A request for additional funding was made to RTRA-P21 (the thematic research network on physics of the two infinities) to develop the facility further, and build an exit line for positrons coming from the radiation protection bunker. Work has begun to study this line in conjunction with a tungsten moderator.

Positrons are also used in materials science as probes to characterize the size of point defects in crystal structures. The new source may eventually be used to replace the sodium-22 sources that currently supply positrons for materials science applications.