Focus on the Moriond 2019 conferences

As every year, Moriond's conferences brought together fundamental physicists to share the latest discoveries and measurements of weak interactions and unified theories (Moriond EW), strong interaction and high-energy interactions (Moriond QCD), and gravitation (Moriond gravitation).Very nice results were presented, some of which were carried by the Irfu teams.

Light continues to be in the spotlight, the Higgs boson is not to be forgotten

As recounted in this previous highlight photon-photon scattering was first observed by the Atlas collaboration in 2017 in very peripheral lead ion collisions. This rare process, very difficult to implement experimentally, allows to test the properties of the vacuum but also constitutes an interesting channel to test the standard model (SM) (by looking for anomalous photon couplings) and to look for contributions of possible new particles beyond those predicted by the SM. Atlas observed 13 events in 0.5 nb-1 of Pb-Pb data at sqrt(s) = 5.02 TeV, which corresponds to a significance of 4.4σ. CMS shows similar results. Since then, Atlas has improved its data analysis and selection chain and added 1.7 nb-1 of data recorded in November 2018 to its sample, multiplying it by 3.5. This increase in statistics, together with improvements in analysis, leads to an observation of photon-photon scattering with an observed significance of 8.2σ. 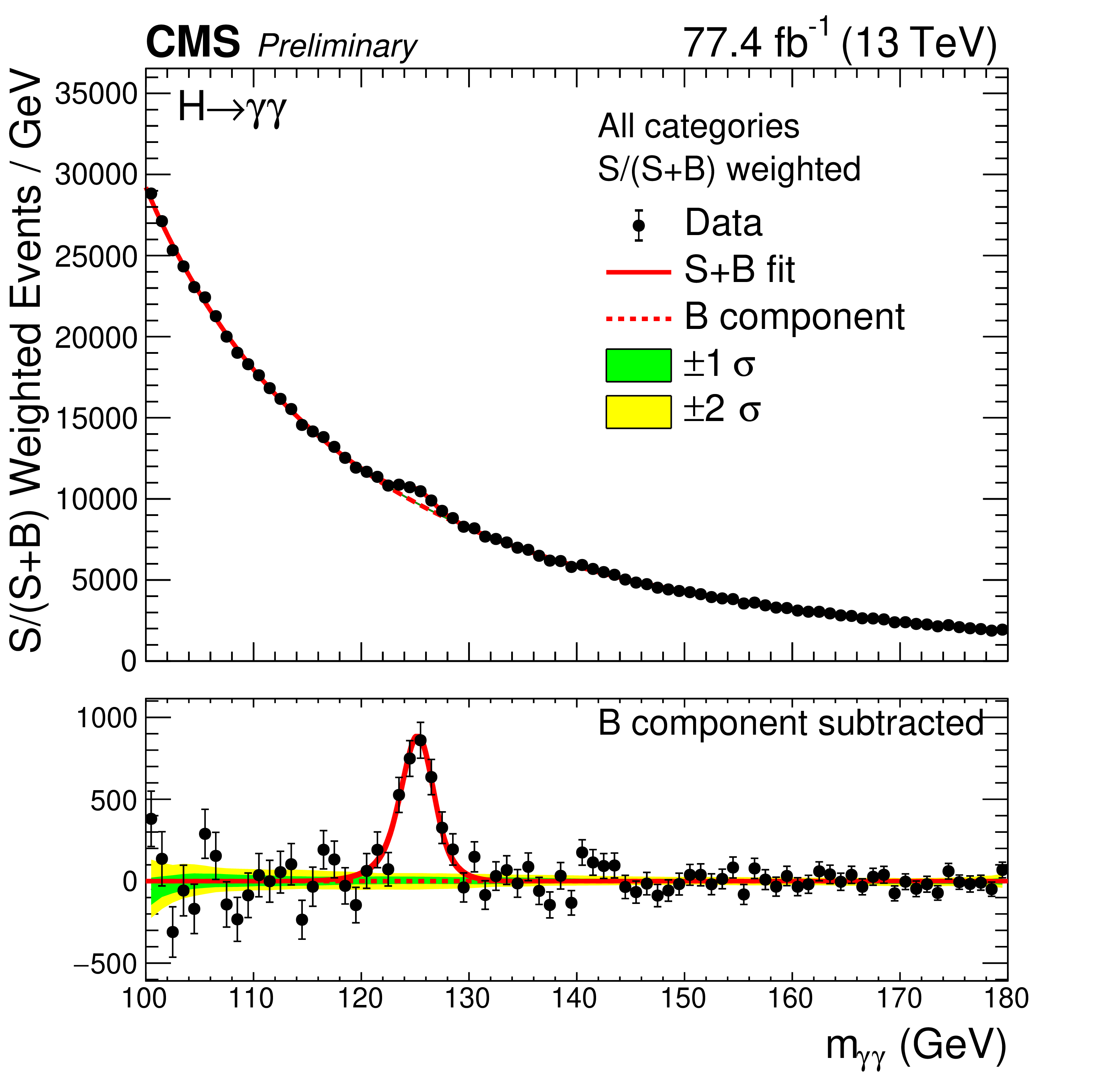 On the side of the Higgs boson, the experiences continue to track his marriage with the other heavyweight of the SM, namely the top quark, as related in this highlight. The Atlas collaboration has just presented the measurement of the effective cross-section of the production of a Higgs boson in conjunction with a pair of top-antitop quarks in the case where the Higgs boson decays into two photons, with all data recorded at run-2 (2015-2018) for an integrated luminosity of 139 fb-1. The process is observed with a significance of 4.9 σ and the corresponding cross-section is measured at 1.59+0.43-0.39 fb to compare with the prediction of the standard model of 1.15+0.09-0.12 fb, therefore in agreement.

The CMS collaboration has developed advanced analytical techniques to measure the Higgs to two photons cross-section by taking into account as precisely as possible the different Higgs boson production modes. By analyzing 77.4 fb-1 of data recorded in 2016 and 2017, this leads to very accurate measurements of Higgs boson production cross-setions via a gluon fusion or vector boson fusion of 1.15+0.15-0.15 or 0.8+0.4-0.3 times the SM prediction, respectively, therefore again in accordance with the predictions.

CMS also presented their last result on the branching ratio of the Higgs boson decaying to "invisible" (neutrinos if only the SM is at stake) obtained by analyzing combined data from the 7, 8 and 13 TeV runs (for an integrated luminosity of 38.2 fb-1). The obtained limit of 0.19 on the branching ratio is the most stringent at the moment. 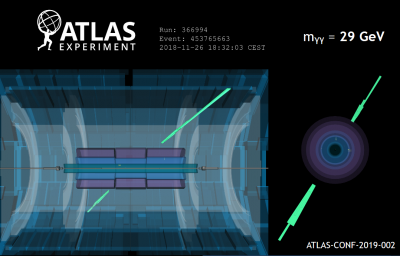 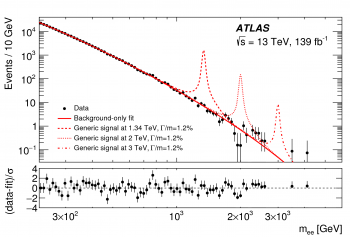 New physics doesn't seem to want to point its nose....

The Atlas collaboration has provided news of its research into new high mass resonances disintegrating into two leptons (electrons or muons), for instance like a perfectly standard but more massive Z boson hence not predicted by the SM. Analysis of the 139 fb-1 of run-2 data pushed the lower mass limits of such hypothetical particles to almost 5 TeV in many models. Irfu researchers are not involved in this result, which pushes the border with the new physics.

Since its first steps at CERN recounted in this highlight, the GBAR experiment (Gravitational Behaviour of AntiHydrogen at Rest), whose goal is to study the fall of an anti-hydrogen atom (an antiproton and a positron) in the earth's gravity field, has taken its marks, as shown by the "before-after" comparison below (Mars 2017 on the left, summer 2018 on the right).

The linac works and produces positrons that have been trapped correctly (108 positrons trapped for 100 seconds, the goal being 3 1010 positrons trapped for 110 seconds).In addition, ELENA (the Extra Low Energy Antiproton ring) has provided decelerated antiprotons that will then have to be trapped to be associated with positrons. In the coming months, the collaboration will take advantage of the shutdown of CERN's accelerators to train on hydrogen. The measurement of the free fall of antimatter to the percent level accuracy is scheduled for the restart in spring 2021. In the longer term, the collaboration aims for an accuracy of 10-5. 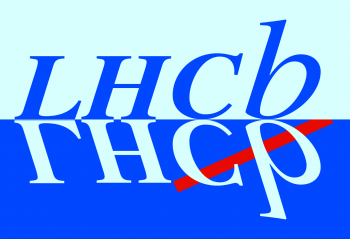 Charm at the forefront of the scene

Even if the Irfu teams are not involved, we can mention some beautiful results in physics of heavy flavors.

The real star of this year's Moriond lectures was the announcement of the first ever observation of the CP symmetry violation with the D0 charmed mesons by the LHCb experiment. This CP violation (observed, for the very first time, with strange particles in 1964 by the team in which René Turlay worked, then in 2001 in particles containing a bottom quark by the Belle and BaBar collaborations, to which the DPhP contributed significantly) is predicted by the SM for charmed particles with an intensity of 10-4 to 10-3 (it is very difficult to compute). The LHCb collaboration analyzed all 6 fb-1 of the run 2 data and combined the result with the result from the run 1 data to exclude the hypothesis of no CP violation at more than 5.4 σ. The observation is compatible, albeit marginally, with the SM.

In addition, Belle 2 which has just started, has announced the observation of its first particles; and everybody was waiting for Moriond for news of flavor anomalies previously observed with significances of the order of three σ and likely, if confirmed, to cause the SM to shake on its foundations. Belle as well as LHCb have presented nothing conclusive, the standard model holds up well!