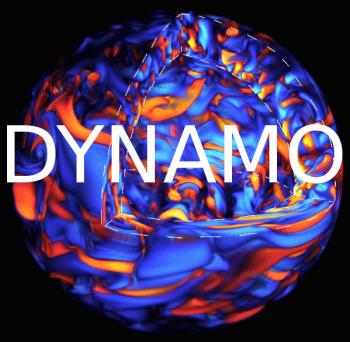 Magnetism (1) is the field, or the study of magnetic phenomena, the most common physical manifestation of which may be observed in magnets, or lodestones. Effects of the magnetic field are to be found in most celestial bodies and phenomena. On Earth, for instance, it is the so-called “geomagnetic” field which acts on compass needles, aligning them along the north–south axis. In the Sun, the magnetic field can have an intensity as much as 1,000 times higher, taking in turn the form of sunspots, eruptions, prominences, bright points… The magnetism of Sun and Earth is due to the dynamo effect. This effect refers to the property of a moving conducting fluid, namely its ability to induce a magnetic field. If it is not sustained, the magnetic field diffuses and wanes. Only some flows have the ability to amplify and sustain the magnetic field, this being the case for the turbulent motions prevalent in the Sun. Indeed, turbulent convection, in association with strong differential rotation in latitude and in depth, presents the required stretching, shearing, twisting and folding properties for dynamo action to arise and develop. The presence of magnetic fields gives rise to the Laplace force (i.e. the force exerted on currents by magnetic induction) which in turn influences the plasma motions through its action on charged particles. The effect of this force can be decomposed into a component linked to tension along the magnetic field lines, and another component linked to a magnetic pressure gradient perpendicular to the magnetic field lines. As with rotation, equilibrium states may be found between pressure gradient and magnetic field, or even with the Coriolis force, in the case of a rotating system such as the Sun. Scientists then speak of a magnetostrophic equilibrium. However, the large amount of turbulence prevalent in the Sun’s outer layers modifies this equilibrium.

(1) Magnetism: from magnes, i.e. stone of Magnesia, or magnet, natural magnets being originally found in that Greek city. 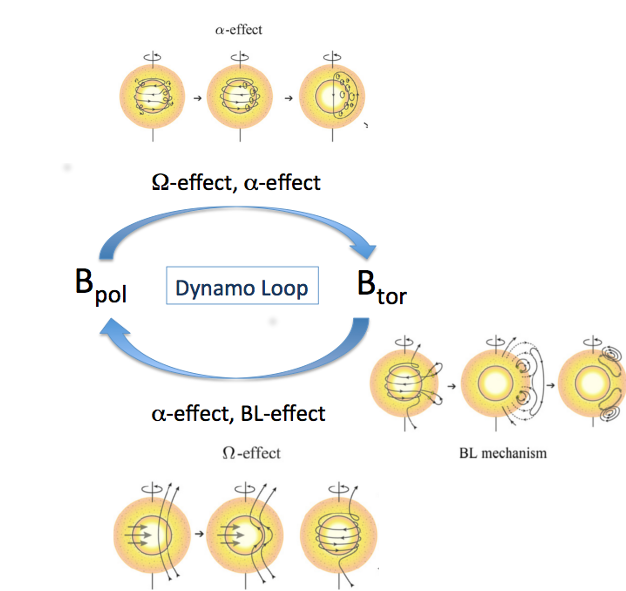