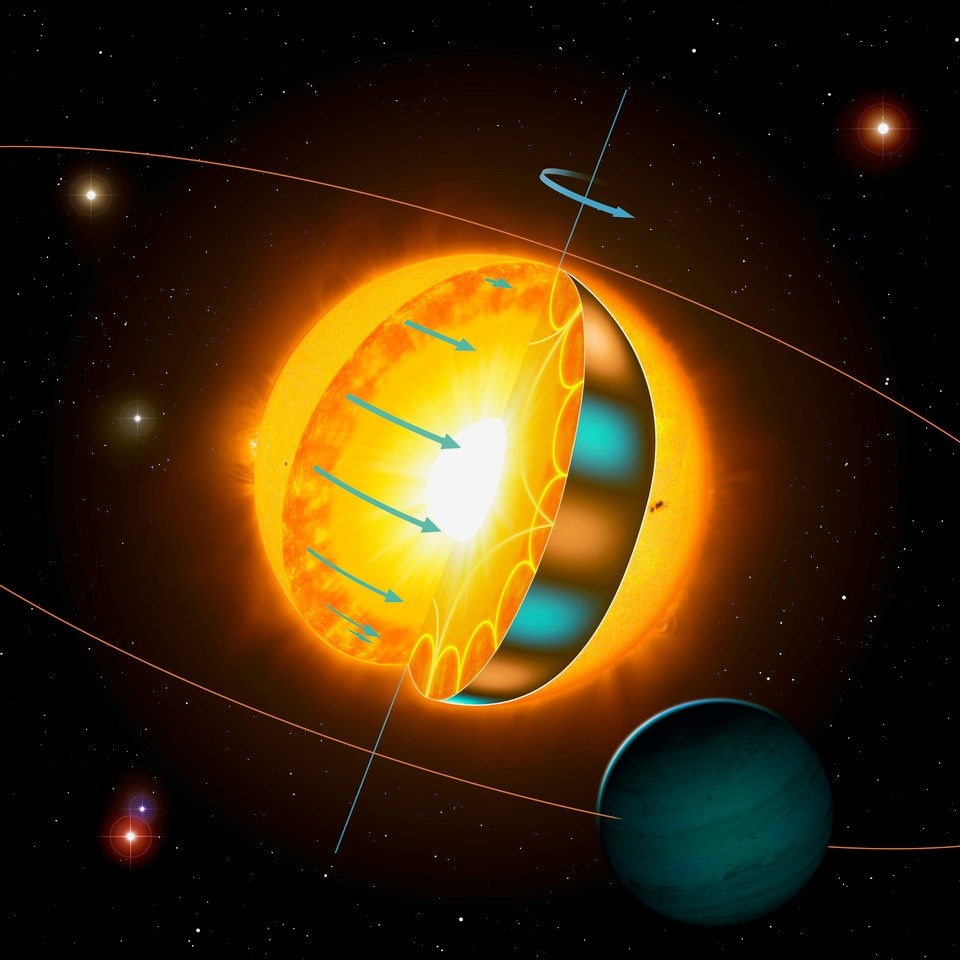 An international team including researchers from the Astrophysics Department (DAp) of CEA/Irfu, working in particular at the laboratory for the Dynamics of Stars, (Exo) planets and their Environment  (LDE3), has been able to demonstrate that stars rotate faster than expected as they get older. Using asteroseismological techniques - the study of stars through the characterization of their oscillation modes by seismic methods - researchers were able to analyze for the first time a complete sample of 91 stars brooding ages 1 to 13 billion years. These data confirm that the oldest stars slow down their rotation less effectively. This discovery sheds new light on the evolution of star rotation and should make it possible to more accurately calculate the age of stars. These results are published in the journal Nature Astronomy on April 22, 2021.

Age and rotation of stars

All stars like the Sun are born in rotation. As they age, their rotation slows down due to magnetic winds in a process called “magnetic braking”. Research published in 2016 with participation from DAp, provided the first clues that stars at a similar life stage to the Sun were spinning faster than magnetic braking theories had previously predicted. The results of this study were based on measuring dark spots on the surface of stars and by tracking them as they move with the star's rotation. Although the method has been shown to be robust in measuring rotation in younger stars, stars older than the Sun have fewer spots, making it difficult to determine their rotation. To circumvent these difficulties and increase detections in cases where the signal is weak, methods using the most modern artificial intelligence techniques have been developed (Breton et al. 2021). These new techniques provided a complete view of the rotation of the young and cold stars in the sample observed by the NASA Kepler satellite. However, it was necessary to change the methodology to find the rotation of older stars.

It is for this reason that, in this new study published in Nature Astronomy, researchers used a different approach to confirm that older stars are spinning faster than expected. They used asteroseismology to calculate the star's rotation. This relatively new field of study, and successfully applied to the Sun, allows scientists to measure the oscillations caused by sound waves trapped inside the star. By measuring the different characteristics of these waves, we can probe the stars, and determine their size or age. In addition, as the star rotates, these modes break down into different frequencies, some higher and others lower (i.e. frequencies higher or lower than the quiescent frequency). This is a similar effect to the change in sound (frequency) experienced when an ambulance or car approaches or moves away from you. By measuring this frequency difference, it is possible to calculate the star's rotation rate, both young and old. 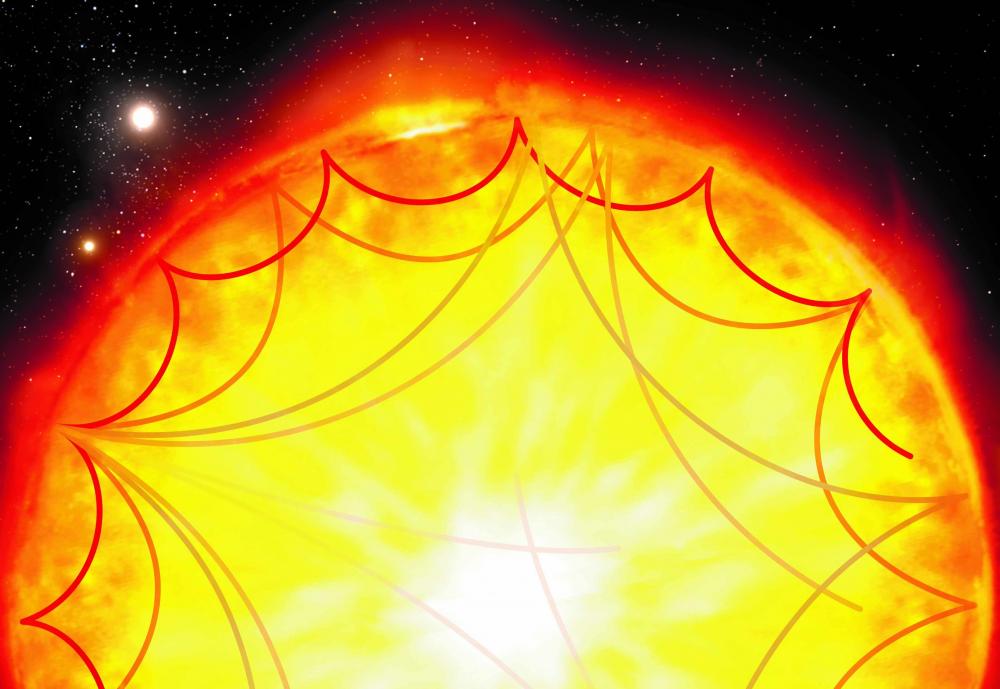 Although we have suspected since 2016 that older stars are spinning faster than predicted by magnetic braking theories, these new asteroseismic data obtained by the Kepler satellite are the most convincing to date to demonstrate that this "weakened magnetic braking" is actually at work in low mass stars similar to the sun.

Understanding the complex interplay between the wind, the magnetic field and the rotation of stars is one of the cornerstones of understanding the dynamics and evolution of stars. To obtain a complete and coherent vision of these mechanisms, the combination of observations, theory and numerical simulations is necessary and under development at CEA/Irfu/DAp/LDE3, in particular as part of the preparation of the mission. space ESA M3 PLATO.