As an institute of the CEA, The French Alternative Energies and Atomic Energy Commission, Irfu benefits from a rich environment that goes beyond the Paris-Saclay site and extends from the regional to the international level. It acts, together with French actors, both at the strategic level of international coordination and at the operational level of scientific collaboration.
This collaboration policy meets three Irfu objectives:

- forging alliances aimed at excellence and making it possible to amplify its action;
- share means to carry out its research;
- support the emergence of new communities in order to establish new strong links for the future. 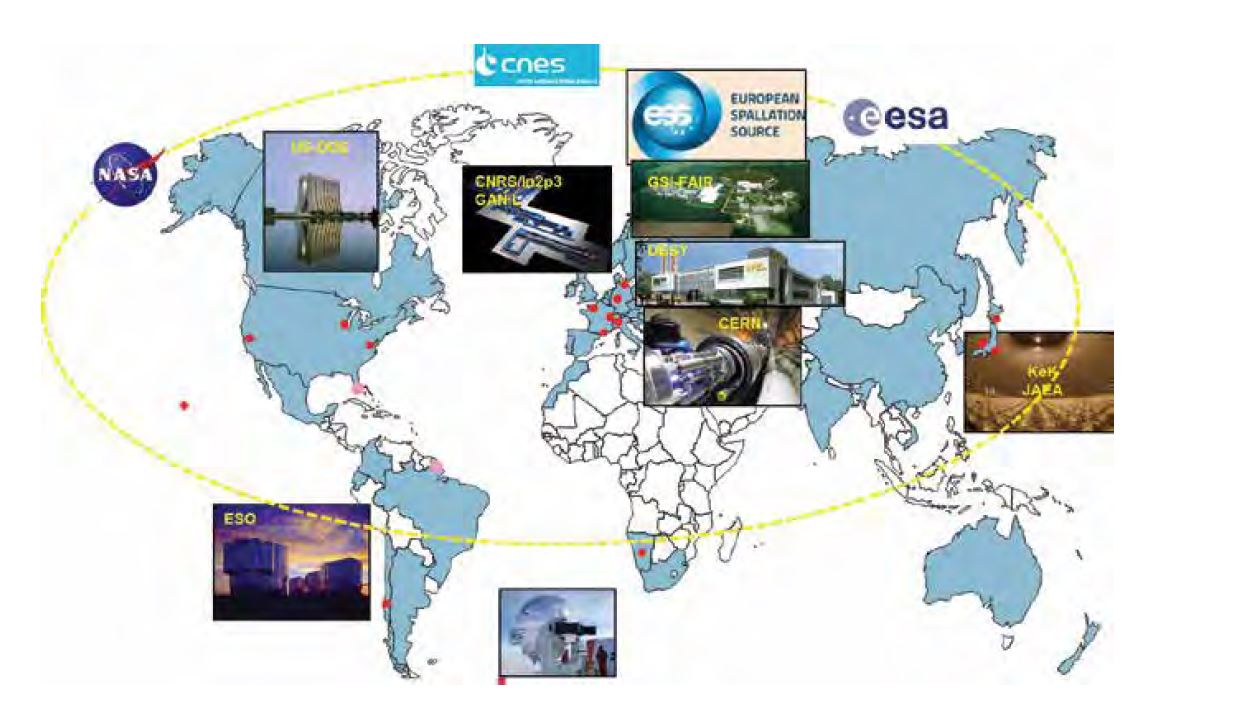 At the international level, the institute enjoys direct relations with several foreign research organisations and in particular with CERN, Fusion for Energy, INFN, BMBF, STFC, CIEMAT and the DOE. These relations entail regular meetings to discuss scientific programming or more institutional aspects. IRFU is associated with CNRS in several LIA  like FK-PPL with Korea, IDEATE with Ukraine, FJ-NSP and TYL with Japan, FC-PPL with China and COPIGAL with Poland, FI-NS with India) and also maintains close relations with other major laboratories in other countries working in the same disciplines like FermiLab, KEK, JPL, DESY, JLAB, SNRC, RIKEN... These direct relations show the institute’s technological and scientific reputation, earning it a place in the forum of large European laboratories set up by the CERN board of directors.

At the national level, IRFU collaborates extensively with three CNRS institutes: IN2P3, INSU and INP. Over and above their collaboration, IRFU and the CNRS institutes identify a common programming framework, in particular with respect to major international projects. This is notably the case for the very large research infrastructures. IRFU intervenes alongside the CNRS institutes in preparing the roadmap submitted to the TGIR steering committee, which proposes commitment to the large national or international infrastructures and the boards of the existing large research infrastructures (CERN, X-FEL, ESS, CTA, FAIR). IRFU also maintains close relations with CNES, which is a partner in several scientific space missions under a framework agreement between CEA and CNES. IRFU is invited to the CERES (space research and exploration evaluation committee), which meets every 3 months.

Still at the national level, IRFU enjoys relations with several universities, whether with Paris-Diderot University for co-supervision of AIM or APC and the UnivEarthS LabEx, with Grenoble-Alpes University for the FOCUS labex or with Caen-Normandie University for the ”Erasmus Mundus” international master’s in nuclear physics. However it is with Paris-Saclay University that the ties are closest. It should be noted that GANIL is heavily integrated into the Caen ecosystem and it receives considerable support from the local authorities. GANIL is part of the EP2M (energy, propulsion, material and matter) strategic research and training hub of the Normandy Community of universities and establishments and in this respect has won projects funded under the RIN (network of interest for Normandy) system. 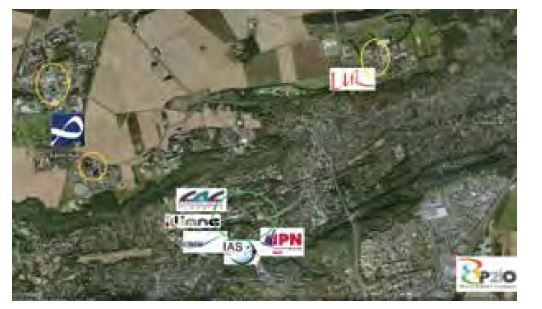 Since 2010, IRFU has been significantly involved in the construction of Paris-Saclay University. It has been in particular an active participant on the board of the Consultative Academic Council, which it chaired until the selection of the academic Senate in 2015. Similarly, an IRFU member sits on behalf of CEA on the Research Supervisory Council of Paris-Saclay University.
The institute played a driving role in the creation of the P2IO LabEx which it coordinates. The same goes for the creation of the “Physics of the two infinites” and “Science of the Planet and the Universe” research departments. Several researchers from the institute are directly involved in the governance of these two departments. The institute is also co-operator of the Pheniics doctoral school and a member of the board of the Ile-de-France Astronomy and Astrophysics doctoral school.
IRFU has chosen to become an integrated recognised unit of Paris-Saclay University, once it is created within its new perimeter and, for its publications, has already adopted the affiliation rules recommended by Paris-Saclay University.
The institute’s investment in the research structuration of the site, through reinforced coordination between the physics of the two infinites laboratories and the space laboratories, aims to enhance the site’s already considerable international impact. In concrete terms, this corresponds to actions within the framework of either IdEx (welcoming foreign researchers under the Alembert programme, interdisciplinary theses, strategic research initiative), or the P2IO LabEx (welcoming doctoral students, emblematic research projects, support for the platforms).

In addition, IRFU also benefits from support from the Ile de France regional council via the projects selected by the network DIM ACAV/ACAV+, coordinated by the Paris Observatory, in the field of astrophysics. Over the period, it also received regional support for important SESAME projects (CICLAD clean room, and IPHI-Neutrons).