Alexia: the solution is at our fingertips 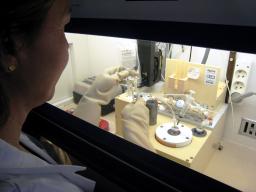 Figure 1. Before starting the machine, position the solution which will mix with the tracer arriving directly from the cyclotron.

IRFU (the Institute for Research on the Fundamental Laws of the Universe) has created the first prototype of the Alexia system, an automatic solution preparation system containing the radioactive tracers required for medical imaging using the scintigraphy technique.

This project is based on a partnership between radiopharmacists from the Frederic Joliot hospital (SHFJ, DSV) and engineers from IRFU and LIST (DRT). The radiopharmacists came up with the idea for this automated system, and the engineers created it. Alexia is used to prepare the solution by mixing the radioactive tracer with the product used for imaging. This prevents hospital personnel from receiving a dose via their fingertips during manual preparation. A European patent application was filed for this invention in late 2009. A new automation project was launched in early 2010. This last phase consists of making up ready-to-use syringes with the solution prepared by Alexia.