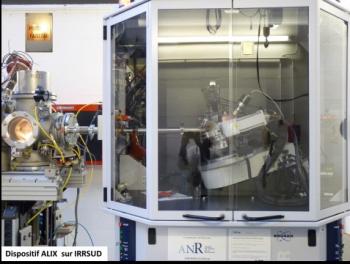 In line with its mission to host interdisciplinary research, CIMAP (Centre de recherche sur les Ions, les MAtériaux et la Photonique) will host experiments in 2017 from various sources, ranging from solid-state physics to radiobiology, distributed over 3 beamlines covering a wide range of energy: IRRSUD (~1MeV/A, output C0), D1/SME (~10MeV/A, output CSS1) and D1/HE (output CSS2). Thus for 2017, 45 experiments are scheduled (about 1,200 hours of beam time) involving about a hundred experimenters from all over the world. This number is too large to be described here, but they can be grouped into the following broad families: solid-state physics and its applications, radiation chemistry and its applications, astrophysics, atomic physics and radiobiology.