Green light for the latest developments of the PLATO mission 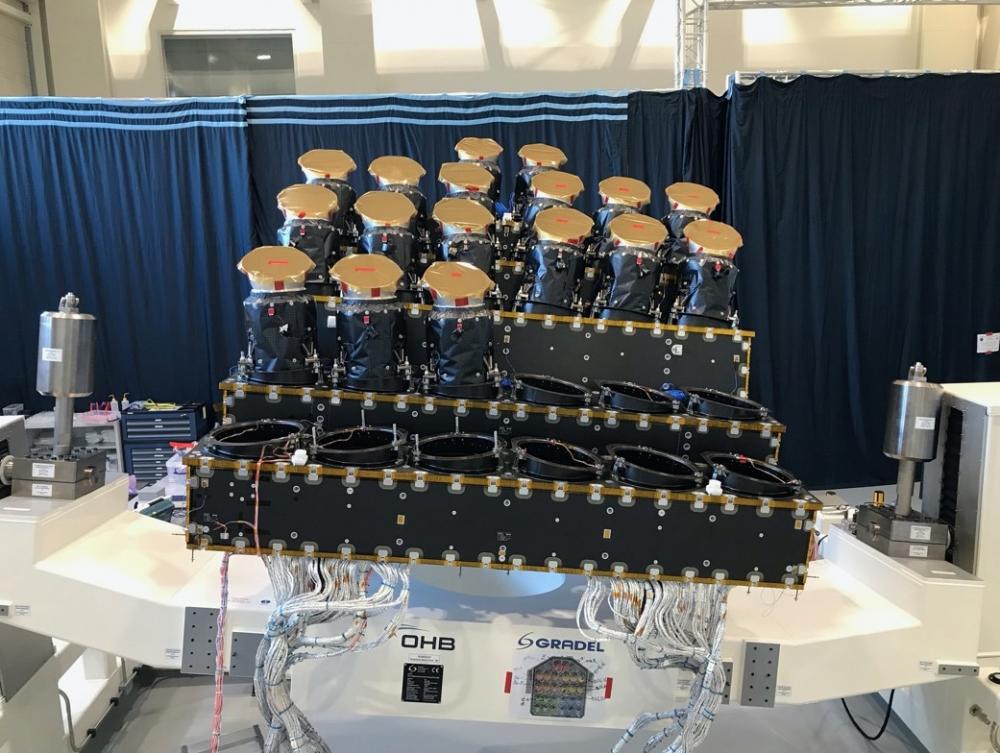 Payload Module under integration in the cleanroom of OHB System AG. © OHB

ESA's PLATO mission has been given the green light to continue its development after a successful critical review on January 11, 2022.

PLATO, or PLANetary Transits and Oscillations of stars, is the third medium-class mission in ESA's Cosmic Vision program. Its objective is to find and study a large number of planetary systems, with a focus on the properties of Earth-like planets in the habitable zone around solar-type stars. PLATO has also been designed to study stellar oscillations through asteroseismology, which will allow precise measurement of the parameters of the planets' host stars, including their age.

The review verified the maturity of the entire space segment (the service module and the payload module), confirming the robustness of the satellite-payload interfaces and the payload development schedule. Particular emphasis was placed on the serial production of the 26 cameras, and the robustness of the development schedule for both modules. PLATO will use the 26 cameras to discover and characterize exoplanets orbiting stars similar to our Sun.

This critical milestone was established specifically for PLATO at the time of mission adoption because of the developmental risks associated with the mass production of the cameras. The review was conducted between July and December 2021. The review group that analyzed the space segment of the mission was composed of more than 100 ESA personnel, divided into two subgroups (one for the service module and one for the payload) that submitted their findings to the Board.

The Review Board meeting was held on January 11, 2022. Control of virtually all aspects of camera production, assembly, and testing was successfully evaluated through structural, engineering, and qualification model testing of the camera subsystems at several European facilities. The thermo-elastic properties of the optical bench, which will house the 26 cameras, were verified using a new test technique developed by the spacecraft prime contractor, OHB System AG (Bremen Germany).

With the completion of this step, the second phase of the industrial contract led by OHB System AG as prime contractor with Thales Alenia Space in France and RUAG Space System (Switzerland), can now start.

The supply of the PLATO payload is the responsibility of ESA (European Space Agency) in collaboration with a European consortium of institutes and industry.

The next major milestone for PLATO is the Critical Design Review in 2023, which will verify the detailed design of the complete satellite before assembly. 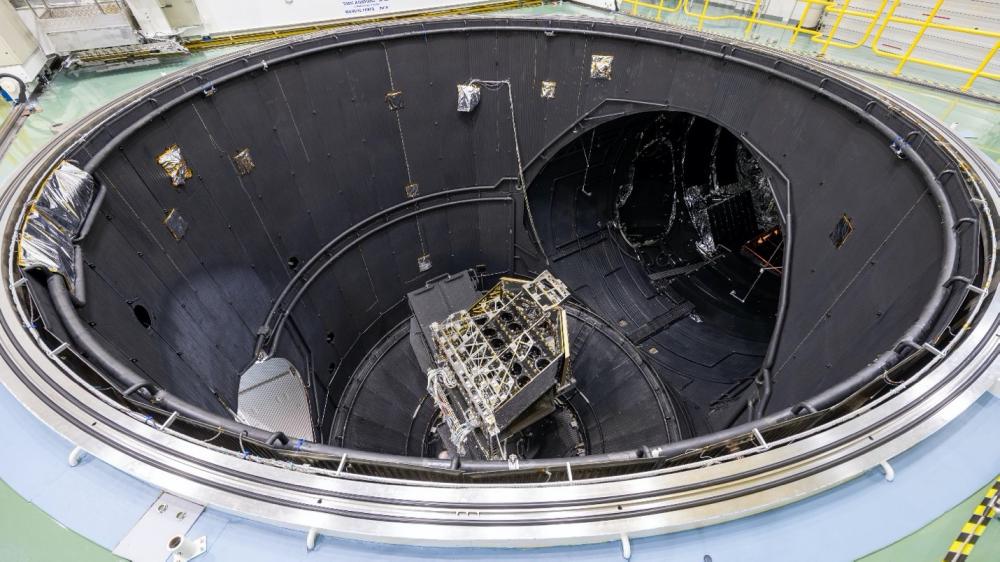 The optical bench that will host the 26 cameras enters the very large test chamber of ESTEC for the thermo-elastic deformation tests. © ESA

After launch, currently scheduled for late 2026, PLATO will travel to the second Lagrange point in space, 1.5 million km beyond Earth in the opposite direction from the Sun. From this point, PLATO will observe more than 200,000 stars during its nominal four-year run, looking for regular dips in their light caused by the transit of a planet past the star's disk. Analysis of these transits and variations in stellar light will allow us to accurately determine the properties of exoplanets and their host stars.

"After this successful examination, we can move forward with this exciting mission that will revolutionize our knowledge of exoplanets, especially those similar in size to Earth, and open new avenues in the study of the evolution of stars," said Ana Heras, PLATO project scientist at ESA.

France, with the support of CNES, is contributing to various aspects of the mission, notably through CEA/Irfu and four CNRS/INSU laboratories: IAS, LESIA, LAM and IRAP:

"PLATO will allow us for the first time to characterize exoplanetary systems in their entirety, from the star at the center to the exoplanets, and this for systems like ours with a star similar to the Sun and rocky planets like the Earth at a distance meeting the temperature and pressure conditions to have the triple point of water and allowing the development of life as we know it", says Rafael García, scientific head of the mission at the CEA.

In total, more than a hundred researchers and engineers in a dozen French laboratories are following the development of the mission and preparing its scientific program.

Contribution of the CEA

The Department of Astrophysics (DAp)-AIM laboratory of CEA/Irfu participates in the realization of the instrumental payload of the PLATO mission by developing, in collaboration with the German Space Agency (DLR), the reading electronics of the two so-called "fast" cameras. This equipment contributes to the on-board processing of scientific data that allows the analysis of images around the stars to be studied. In addition, several DAp researchers actively contribute to the development of the data processing chain and to the improvement of the modeling and simulation of the physical mechanisms in stars and planets necessary for the future exploitation of PLATO data.  For example, recent progress has been made to better characterize the internal rotation state of stars, their magnetism and the presence of a magnetic cycle, the role of the binarity of stars as well as the multiple interactions (tides, magnetism, radiation) between the host star and its planetary cortege.