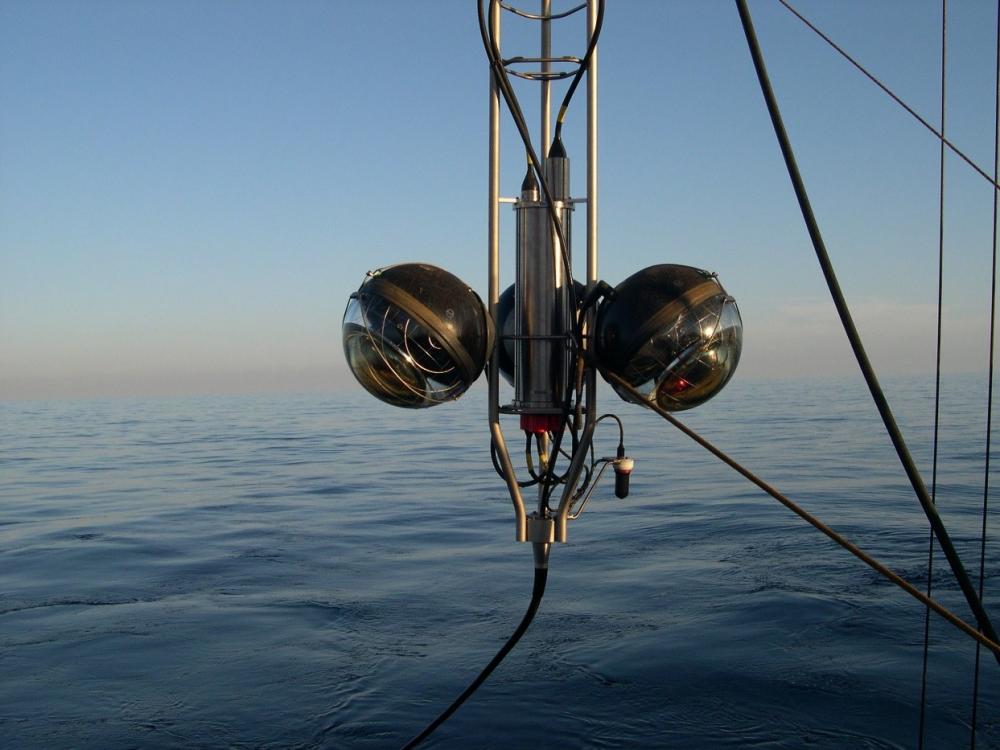 Fig 1: A detection storey on a line of the ANTARES telescope. ©CEA/Irfu

On February 12, 2022, the ANTARES neutrino telescope (Astronomy with a Neutrino Telescope and Abyss environmental RESearch) put an end to its data taking started in 2007. During 15 years, thousands of neutrinos, precious elusive particles witnesses of the cataclysmic phenomena of the Universe, were detected at 2500 m in the Mediterranean abyss. The objective: find abnormal accumulations in the neutrino sky map revealing sources at the still mysterious origin of the cosmic rays, a rain of particles discovered more than a century ago. The CEA team played a leading role in the success of this project, a pioneer in multi-messenger astronomy.

The idea of ??observing neutrino sources and reveal the origin of cosmic rays with underwater detectors dates back to the end of the 1960s, when it was proposed to use the Earth crust as a target for the rare neutrino interactions. In this process, escaping muons exceeds the speed of light in water and create a cone of bluish light (Cherenkov effect), sampled by an array of photodetectors. The intensity and the direction of the light cone trace the energy and direction of the neutrino, contributing to populate sky maps. The abyssal depth helps filtering the downward going muons induced by cosmic ray interactions in the upper atmosphere and provides the necessary darkness for the observation of the faint Cherenkov light. The expected detection rate is so weak that large volumes have to be instrumented. First attempts to use this technique off Hawaii in the mid-seventies turned to be unsuccessful. The pioneers then separated into two teams. The first in Antarctica, at South Pole, gave the IceCube observatory. The second in the Mediterranean Sea split into several R&D projects of which only ANTARES came to a success in 2007, with the deployment of 900 optical modules covering a volume equivalent to 4 soccer fields in surface under a height of 500 meters (1/50 km3).

The ANTARES collaboration was founded in 1996 by Jean-Jacques Aubert (CPPM, CNRS Marseille) and Luciano Moscoso of DAPNIA (former name of IRFU), after the separation of the French groups from the Greek NESTOR project, deemed too ambitious. After preliminary studies and exploration of several sites, including characterization of the water transparency, the bioluminescence, the sedimentation and the bio-fouling, the site was chosen about twenty kilometers south of the island of Porquerolles (France), at a depth of 2500 m. ANTARES was designed as the demonstrator of a larger kilometer-sized detector. It comprises 12 vertical lines spaced 70 m apart and holding 25 detection storeys linked by a 15 meter long electro-optical vertical cable. Each storey consists in three photomultipliers oriented downward in pressure resistant glass spheres, and their associated electronics (fig 1). The 40 km electro-optical cable linking the detector to the coast near Toulon was deployed in 2001 and a junction box was connected to its termination in 2002. After the operation of several prototypes, the first line was immersed on February 14, 2006 (fig 2), and the last line was connected in May 2008. 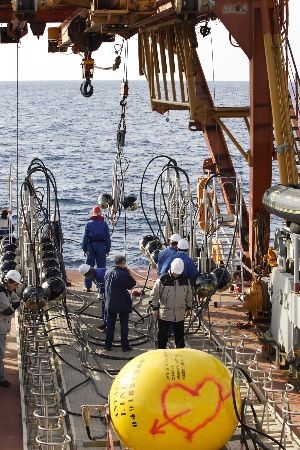 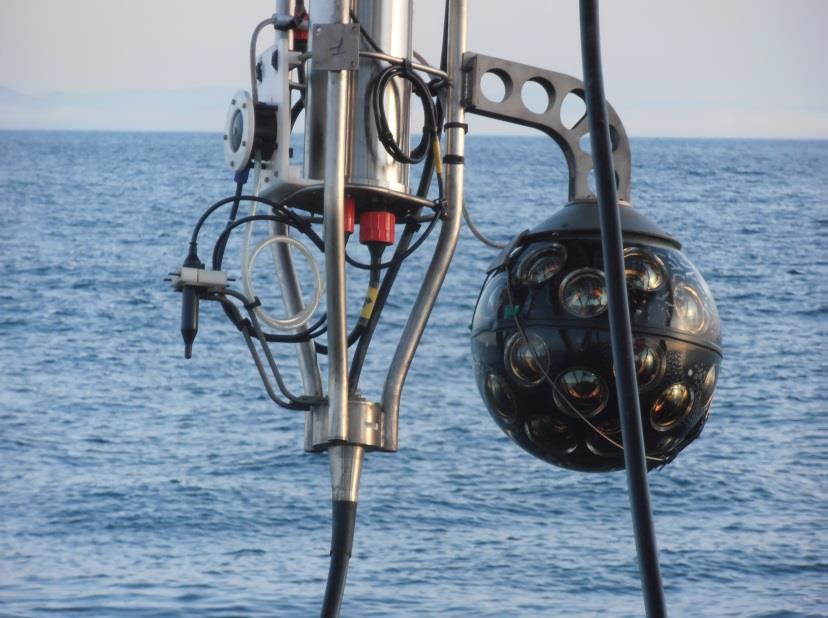 The IRFU team decisively contributed to the ANTARES adventure, by selecting and characterizing the photomultipliers, assembling the 900 optical modules, designing the front-end electronics (ARS chip), the data acquisition boards and the data-to-shore system. In addition, the team integrated half of the 12 lines of the telescope, whereas the other half was assembled in CPPM with the expertise of IRFU. In parallel, the R&D experience gained was used as a solid basis for developments of the next generation of underwater telescopes (KM3NeT project). In particular, IRFU participated to the concept definition, optimizations and its partial validation with an instrumented line in 2013 (fig 3).

For what concern Science, the team participated to the simulations of the detector response to the physical processes, setting-up the first data analysis chains and developing algorithms for reconstructing muons and particle showers in water. This was used for the analysis of the first data and led to the defense of ten PhD theses.

As an underwater infrastructure connected in real time to the coast, ANTARES also enabled sea science collaborators to explore the abyss in exceptional conditions. This led to numerous publications including seismology on the seafloor, time variations of bioluminescence and water mass transfers from the surface to the depths, and even an intrusion into the cetacean hidden life thanks to the acoustic detectors installed on two of the telescope lines.

Originally planned for 10 years, the data taking was extended to seize the opportunity of multimessenger astronomy offered by the recent detections of gravitational waves, thus complementing the existing program developed for electromagnetic radiation, from visible light to gamma rays. In this context, the IRFU team had a major contribution in setting-up an alert system sending the celestial coordinates of neutrino candidates with a few millisecond-scale latency toward robotic optical telescopes around the world.

About 15,000 neutrinos were detected by ANTARES (fig 4), an accumulation that however did not reveal the presence of an astrophysical source above the irreducible background of neutrinos induced by the cosmic ray interactions in the atmosphere at the antipodes of the detector. On the other hand, more than 90 review articles were published: beyond the search for astronomical sources, ANTARES pushed back the limits of our knowledge on neutrino oscillations, the presence of dark matter in the Galaxy, or exotic particles such as magnetic monopoles.

Fig 4: Sky map in equatorial coordinates of track (blue crosses) and shower (red circles) events passing the selection cuts. Green stars indicate the location of the 106 candidate neutrino sources, and green squares indicate the location of the 13 considered tracks from the IceCube high-energy sample events. The black solid ellipse indicates the search region around the Galactic Center, in which the origin of the Galactic coordinates is indicated with a black star. The black dashed line indicates the Galactic equator.