As part of Europe’s contribution to production of the Japanese JT-60SA tokamak, IRFU/SACM is responsible for the design, production and operation of a cryogenic test station for testing each of the 18 toroidal magnets in the tokamak under its normal operating conditions. The main aim of these tests is to demonstrate that each magnet functions correctly at 25.7 kA and 5 K, but they are also being used to determine the temperature margin of the tokamak by measuring the quench temperature of each coil.

In 2013, once the station design phase had ended, the main project contracts could be launched. The most significant of these concerned:

? The cryogenics system: supply of the cold circulator, the cryogenic valves and the liquid helium tank.

? The electrical system: upgrading of the power supply to 25.7 kA and the design and manufacture of a pair of current leads in a high critical temperature superconducting material (HTS).

? Instrumentation & control: the supply of automation equipment and all pressure, temperature and flow rate sensors.

? Protection: the design and production of the cards for the magnet protection system in case of quench (Magnet Safety System). 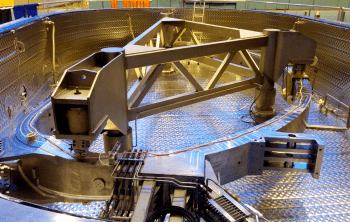 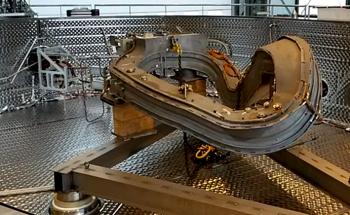 Once these contracts had begun, the main project activity in 2014 was split between production monitoring, integration and construction of the test station in Hall 126. The most important tasks were:

? The installation of cryogenic equipment such as valves, the circulator and the helium tank, and the connection of all of their hydraulic circuits in the valve box.

? Moving of the 25.7 kA power supply and connection of the supply to the current leads via 20 meters of water-cooled flexible cables suspended at a height of 8 meters.

? The wiring of the entire facility including the system, the instrumentation and the automation equipment.

? The integration and testing of all the cards in the Magnet Safety System.

Once construction of the station had been completed in late 2014, 2015 was spent testing and validating the station as a whole. The first stage was to check a large amount of the equipment individually, e.g. by testing all automation equipment and all analog and digital signal inputs and outputs. Two major validation tests were then performed:

? Cooling and testing at 5 kA of a prototype magnet for the W7-X stellarator with a coil weighing around 5 metric tonnes. This test was initially used to validate the station’s performance and refrigeration process. Once a temperature of 5 K had been reached and the test at 5 kA had been performed, it also validated the Magnet Safety System as a whole by initiating and detecting a quench in the coil.

In the last quarter of 2015, the JT-60SA test station was fully validated in time to receive the first toroidal field coil from the tokamak, which arrived in December 2015 and was successfully tested in the weeks following its arrival.