In order to guarantee their performance or their reliability, modern detectors often require construction or integration phases in a clean, controlled environment. To achieve this, DEDIP has about 50m² of dust-free zones allowing work under laminar flow, but, above all, two clean rooms: 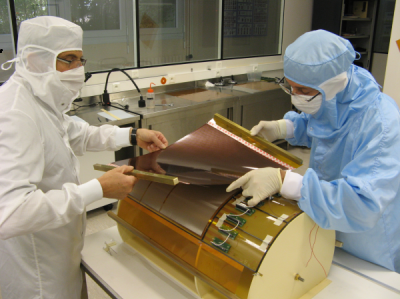 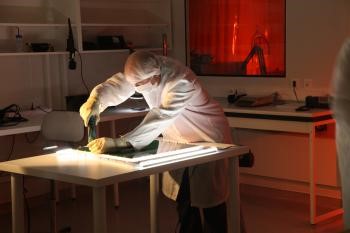 Left: Construction of a Cylindrical Micromegas detector for the CLAS12 experiment in the ISO7 zone of the “MEGACAM” room. Right: Integration of a detector for a muon tomograph in the ISO8 zone (taken from the TV documentary “Kheops, mysterious discoveries” broadcast on France 5 TV channel)