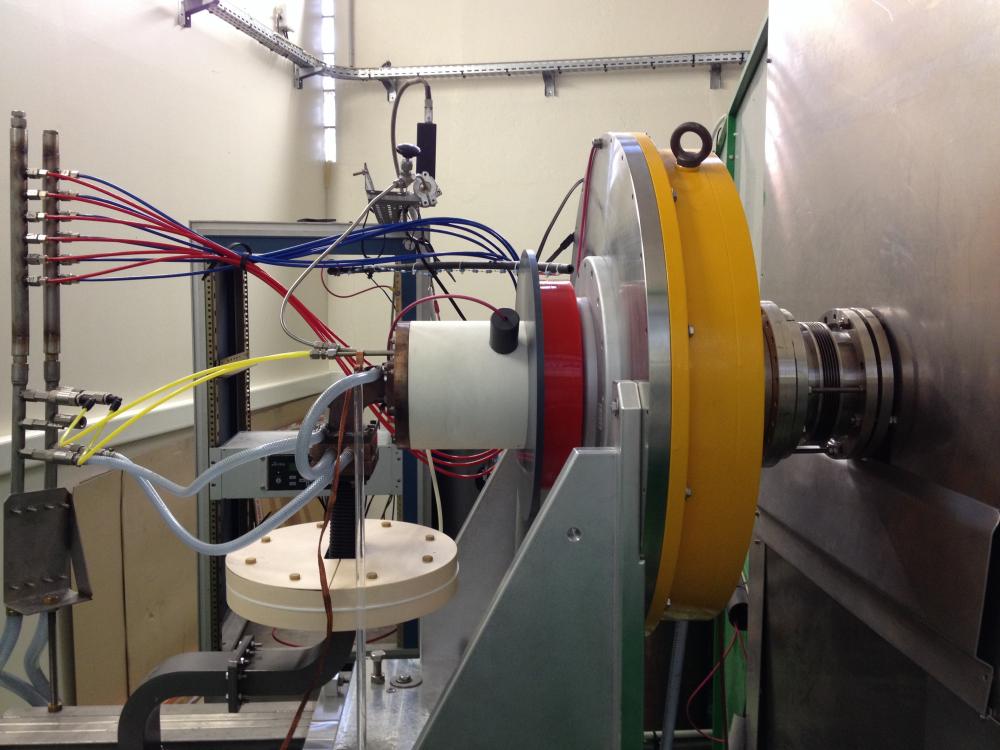 Since the 1990s, IRFU has designed, built and operated Electron Cyclotron Resonance (ECR) sources of high intensity light ions for different projects such as IPHI, SPIRAL2, IFMIF and FAIR.

ECR sources work by heating electrons using electron cyclotron resonance in the presence of a high frequency electromagnetic wave and a magnetic field produced by a system of coils or permanent magnets. With the ALISES sources, an industrial magnetron provides the heating energy at 2.45 GHz and a solenoid produces the axial magnetic field. The resonance is produced inside an ionization chamber (plasma chamber) into which hydrogen or deuterium gas is injected and undergoes ionization due to the impact of the heated electrons. At high voltage, an orifice of a few millimeters can be used to produce an ion beam using a multi-electrode extraction system, which controls both the shape and the acceleration of the ion beam.

The improvements made in the last three years mainly concern the extraction system geometry. The aim is to produce a compact source consisting in an assembly of simple parts, making it easy to maintain. As part of this process, SACM built the first prototype, ALISES 1, to validate the concept. Following major modifications, the new compact source ALISES 2 is now operational.

In 2011 SACM developed a new ECR-type source of singly-charged ions as a partial response to a problem with high intensity accelerators (of around 100 mA), i.e. to minimize the length of the low energy line (LBE). The first version, ALISES 1, was used to test several ionization chamber lengths and diameters, and enabled the source size to be reduced. It also overcame certain difficulties linked to the high-voltage platform by having a magnet system at laboratory potential. The improvements made to this first version enabled the source geometry to be simplified, made its components easier to assemble, thus facilitating maintenance, and reduced the overall cost of this type of source. With ALISES 2, the insulating structure forms an integral part of the source body.

Since February 2015 ALISES 2 has been installed on the BETSI test bench. The first beam was extracted in March 2015 and beams of hydrogen ions of 35 mA at 42 kV (H+ and other molecular ions) are regularly extracted through a hole 6 mm in diameter, with a record extracted intensity of 38.5 mA at 42 kV. At present the source operates at up to 50 kV in pulsed or continuous mode. The source tuning is perfectly reproducible. 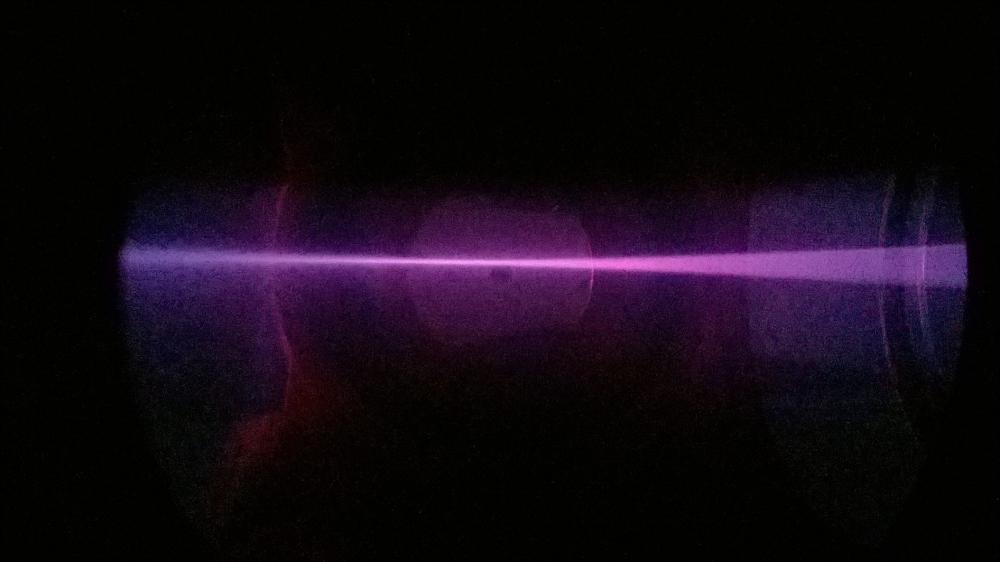 As part of the BETSI upgrade to 100 kV, ALISES 2 will be tested at higher voltages. SACM has already checked that the insulating structure is compatible with an extraction voltage of 70 kV. Tests at up to 100 kV are planned with the beam. The reduction in size of the ALISES 2 source has also made it possible to place a solenoid coil with a smaller diameter around the insulating structure, thus eliminating the solenoid developed for ALISES 1. The ALISES 3 source project consists of designing an even smaller source based on the results from the first two versions. The new source will have a 45 mm diameter chamber and will use a more compact magnet system.