A few microseconds after the Big Bang the Univers may have gone through a deconfined state of quarks and gluons, the Quark–Gluon Plasma (QGP). The QGP can be recreated in high-energy heavy-ion collisions. In particular at the LHC at CERN, the QGP behaves like a fluid. All particles, light, strange, or charmed flow collectively as if being carried by the same fluid, proving the strength of the interactions between QGP constituents. The ALICE Collaboration at the LHC, with decisive contributions from the Irfu teams, has just published, in the prestigious Physical Review Letters journal, the first measurement of the elliptic flow of Υ(1S) (a particle composed of a beauty quark and its antiquark). This resonance appears as the first particle at the LHC not flowing with the fluid. This pioneering result opens up the path for deeper studies of the QGP.

High-energy heavy-ion collisions at the LHC give rise to a deconfined system of quarks and gluons called the quark–gluon plasma (QGP). One of its most striking features is the emergence of collective motion due to pressure gradients that develop at the centre. Direct experimental evidence for this collective motion is the observation of anisotropic flow, which translates the asymmetry of the initial geometry into a final-state momentum anisotropy. Its magnitude is quantified by harmonic coefficients vn in a Fourier decomposition of the azimuthal distribution of particles. As a result of the almond-shaped geometry of the interaction volume, the largest contribution to the asymmetry is the second coefficient, or “elliptic flow”, v2 (figure 1). 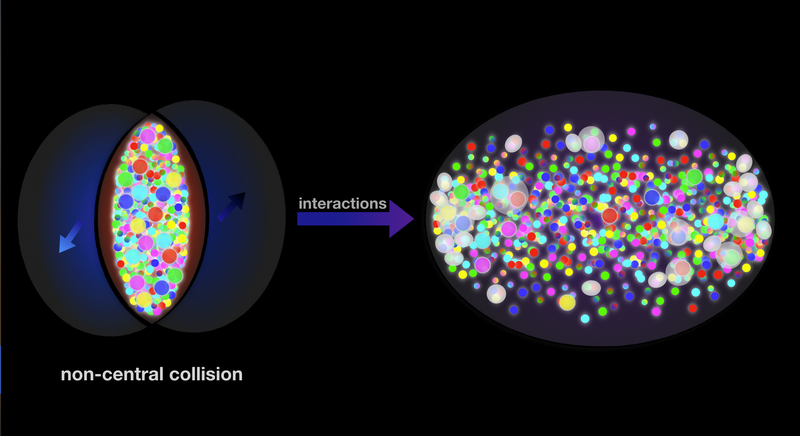 Figure 1: In non-central collisions, the overlapping region of the two incoming nuclei has an almond shape. The interactions between the constituents of the system create stronger pressure gradients along the short axis of the almond or ellipse (contained in the reaction plane) than along the long axis (outside of the reaction plane). The initial asymmetry is therefore converted into a final-state anisotropy of particle emission, with more particle emitted in-plane than out-of-plane. This is known as elliptic flow.

A positive v2 has been measured for a large variety of particles, from pions, protons and strange hadrons up to the heavier J/ψ meson. The latter is a curious case as quarkonia such as J/ψ are bound states of a heavy quark (charm or bottom) and its antiquark (see Highlight "The intriguing charm flow" 2018). Quarkonia constitute interesting probes of the QGP because heavy-quark pairs are produced early and experience the full evolution of the collision. In heavy-ion collisions at the LHC, charmonia, such as the J/ψ, dissociate due to screening from free colour charges in the QGP, and regenerate by the recombination of thermalised charm quarks. More massive still, and having a higher binding energy than charmonium, the dissociation of bottomonium ϒ(1S) is expected to be limited to the early stage of the collision when the temperature of the surrounding QGP medium is high. Its regeneration is not expected to be significant because of the small number of available bottom quarks.

The ALICE collaboration recently reported the first measurement of the elliptic flow of the ϒ(1S) meson in lead–lead (Pb–Pb) collisions using the full Pb–Pb data set of LHC Run 2 (figure 2). The measured values of the ϒ(1S) v2 are small and consistent with zero, making bottomonia the first hadrons that do not seem to flow in heavy-ion collisions at the LHC. Compared to the measured ν2 of inclusive J/ψ in the same centrality and pT intervals, the v2 of ϒ(1S) is lower by 2.6 standard deviations. The results are also consistent with the small, positive values predicted by models that include no or small regeneration of bottomonia by the recombination of bottom quarks interacting in the QGP. 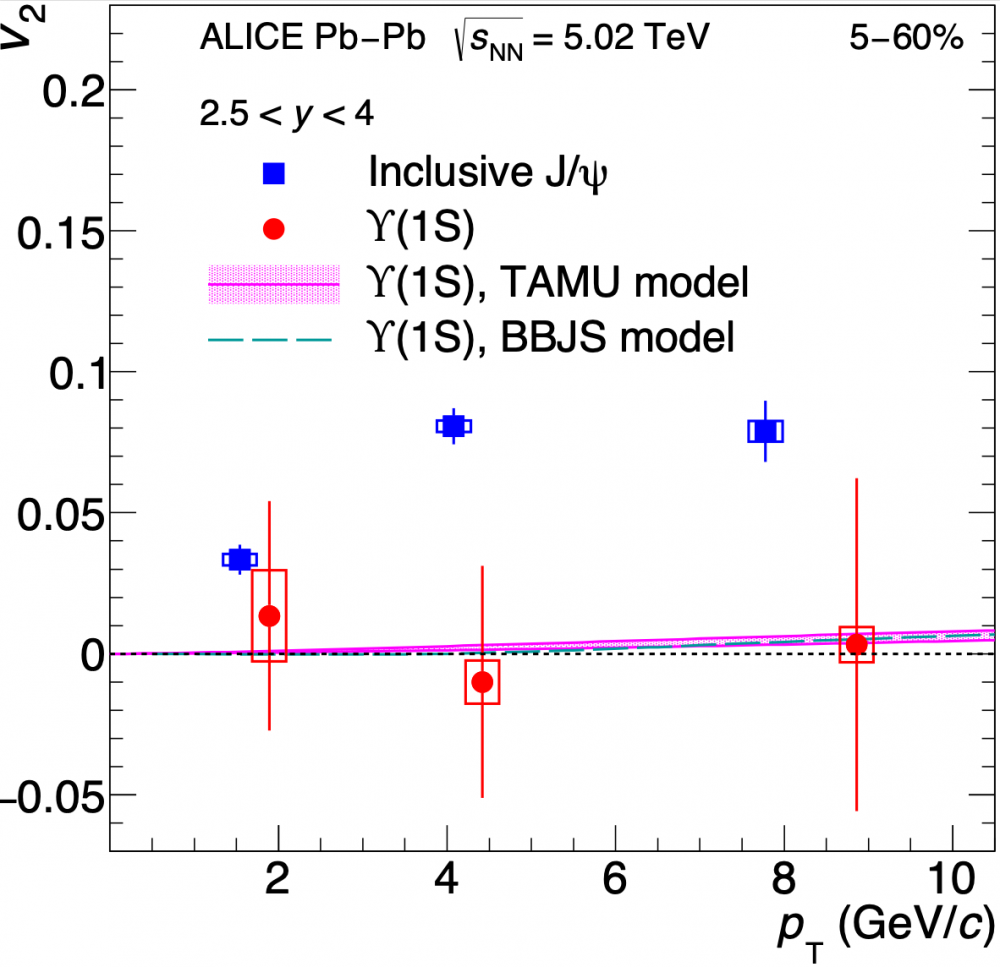 Figure 2. Υ(1S) elliptic flow versus pT for the 5–60% centrality interval. (Centrality estimates the degree of overlap between the two colliding nuclei, with 0% corresponding to head-on collisions.) The measurements are compared with inclusive J/? and predictions from theoretical models of non-central Pb–Pb collisions. Credit: CERN.

These observations, in combination with earlier measurements of the suppression of ϒ(1S) and J/ψ, support the scenario in which charmonia dissociate and reform in the QGP, while bottomonia are dominantly dissociated at early stages of the collisions. Future datasets, to be collected during LHC runs 3 and 4 after a major upgrade of the ALICE detector, will significantly improve the quality of the present measurements.