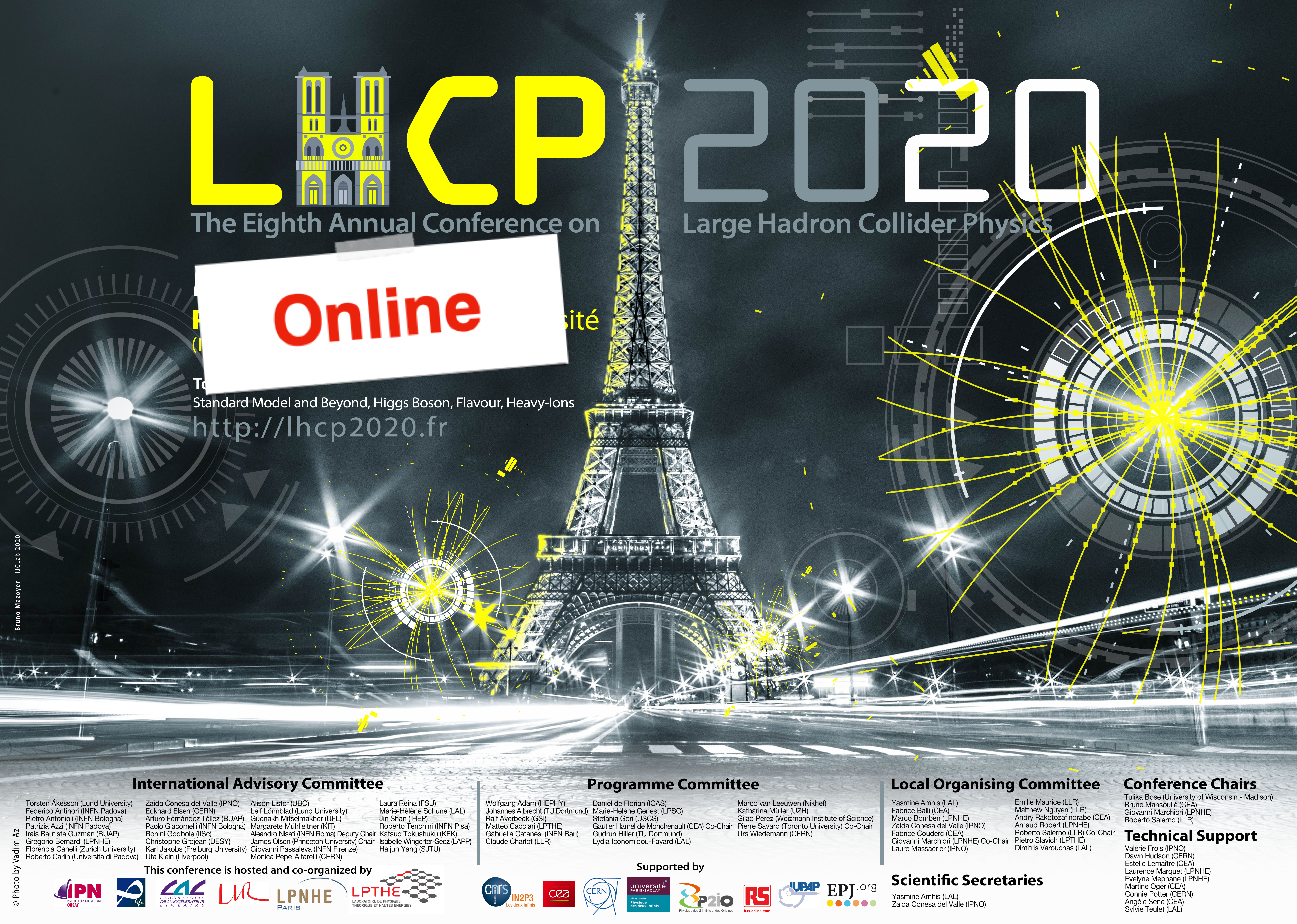 The 2020 edition of the Large Hadron Collider Physics Conference (LHCP) took place from 25 to 30 May 2020. Due to the COVID-19 pandemic, the conference, originally planned to be hosted in Paris, was held entirely online. The ALICE collaboration presented new results showing how charmed particles - those containing quarks, the elementary components of matter, known as c - can act as "messengers" for the plasma of quarks and gluons, which is believed to have existed in the primordial Universe and can be recreated during heavy ion collisions in the Large Hadron Collider (LHC). By studying the charmed particles, scientists can learn more about hadrons, particles in which quarks are bound together by gluons, and about quark-gluon plasma, a state of matter in which quarks and gluons are not confined within hadrons. These new results are the result of an analysis conducted as part of a thesis currently underway at the DPhN.

The ALICE collaboration has measured, in heavy ion collisions, the elliptic flow (see previous highlight "The intriguing charm flow") of hadrons containing a c quark, linked either to a light quark (forming a D meson) or to a c antiquark (forming a J/ψ meson). Hadrons containing heavy quarks, i.e. quark c or quark b, are excellent "messengers" for the quark-gluon plasma formed in these collisions. They are produced in the initial phases of the collisions, before the plasma is formed, and thus interact with the plasma constituents throughout its evolution from its rapidly expanding phase to its cooling and transformation into hadrons.

When the heavy nuclei do not collide head-on, the plasma elongates and its expansion leads to dominant elliptical modulation of the hadrons’ momentum distribution, or flow. The ALICE collaboration has found that, at low momentum, the elliptic flow of D mesons is not as large as that of pions, which contain only light quarks, whereas the elliptic flow of J/ψ [1] mesons is lower than both but distinctly observed.

“This pattern indicates that the heavy c quarks are dragged by the quark–gluon plasma’s expansion,” says ALICE spokesperson Luciano Musa, “but likely to a lesser extent than light quarks, and that both D and J/ψ mesons at low momentum are in part formed by the binding, or recombination, of flowing quarks.”

Another measurement carried out by the ALICE team the flow of electrons originating from decays of B hadrons, containing a b quark, indicates that b-quarks are also sensitive to the elongated shape of the plasma of quarks and gluons. Upsilon particles, which consist of a b-quark and its antiquark (and not a c-quark and a c-antiquark, as in the case of J/ψ), do not exhibit significant flow [2] (see previous highlight "Bottomonium elliptic-flow no-show"), probably because of their much higher mass and the low number of b-quarks available for recombination.
These results are illustrated in Figure 1, which shows the elliptic flow of various particles, from the non-heavy quark-bearing counters, through the J/ψ mesons, to the Upsilon mesons, measured by ALICE in lead-lead nucleus collisions at the LHC. 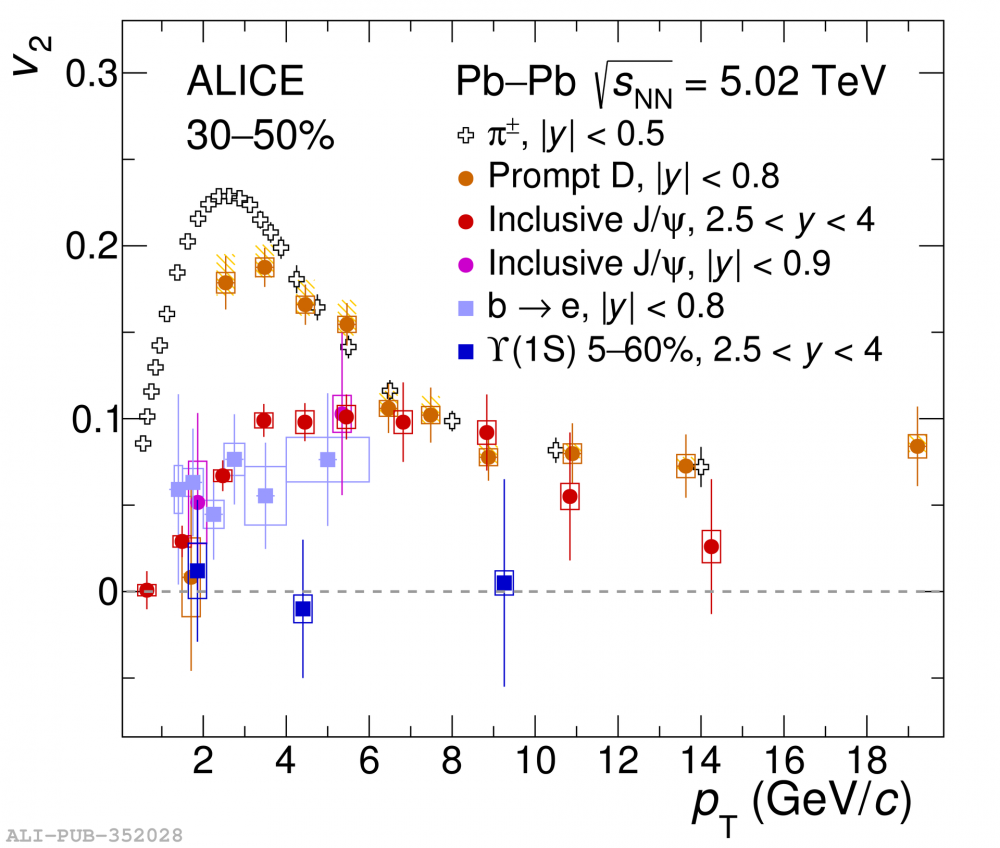 Figure 1. Measurement of the elliptic flow of pions (black cross) containing no heavy quark, D mesons (orange circle) containing a c-quark, mesons J/? (red and pink circle) formed by a c-quark and its antiquark, electrons from the decay of B mesons (purple square) containing a b quark, and ?(1S) mesons (blue square) formed from a b quark and its antiquark, in lead-lead nucleus collisions at the LHC as a function of the transverse pulse pT. The bars indicate the size of the statistical uncertainties, and the rectangles indicate the size of the systematic uncertainties.

The flow of heavy quarks will be further studied with the much larger data set that will be acquired by the Collaboration during LHC Runs 3 and 4 planned from 2021 onwards and for which detector improvements are underway.