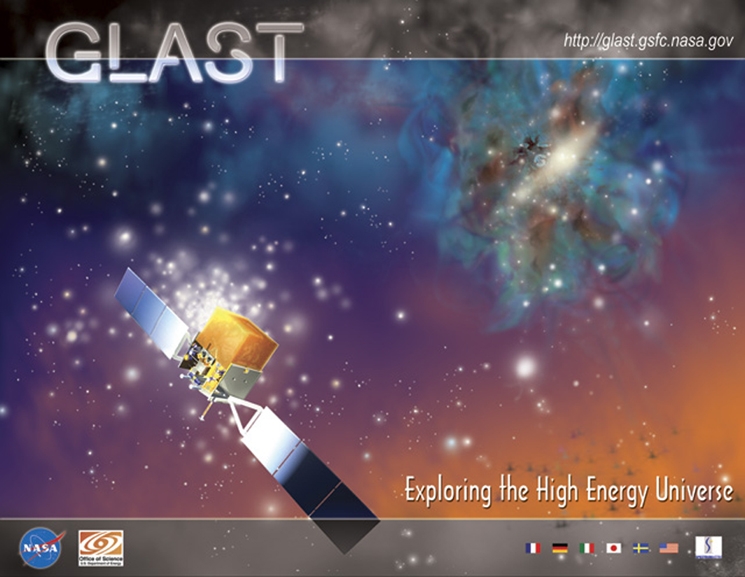 GLAST successfully launched on 11th June, 2008 : see Actualités
The GLAST telescope was renamed the FERMI telescope after its launch on August 26th, 2008 as a tribute to the famous Italian physicist.

Fermi is a NASA observatory dedicated to the study of gamma rays in the energy band between 20 MeV and 300 GeV. Offering a wide field of view and equipped with an experimental device inherited from large-scale particle detectors near accelerators, the main payload of the satellite – the LAT (Large Area Telescope) – offers greatly improved performance compared with the previous mission, the EGRET telescope on the CGRO platform. For example, the gain in sensitivity achieved by LAT is such that observations which took 4 years with EGRET are now achieved in just a few days of integration with Fermi. Fermi’s complete mapping of the sky reaches unrivalled sensitivity and sharpness. After four years of observation, scientists have discovered 3,000 sources, allowing them to study source populations in this still largely unexplored energy range. The Fermi satellite also carries on board a gamma-ray burst monitor (GBM).

The main scientific objectives of the Fermi mission include the study of acceleration mechanisms in pulsars, supernova remnants, active galactic nuclei, the identification of newly detected sources, the diffuse background due to the Milky Way, gamma-ray bursts and the search for dark matter in the universe.

Fermi is the fruit of extensive international cooperation. The United States is prime contractor of the project and the other countries involved are France, Germany, Italy, Japan and Sweden. Although CEA/SAp is not participating in the construction of the telescope, it is responsible for two important data analysis tasks: modelling interstellar emission and compiling the source catalogue.

Fermi has been successfully launched by a Delta II rocket on 11th June 2008. The telescope has a nominal lifetime of five years, with a foreseen extension to 10 years. 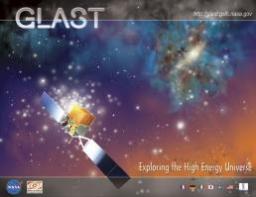