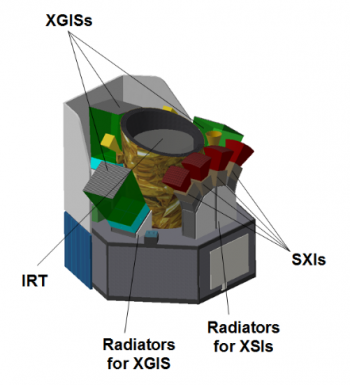 A new window on the early Universe and the multi-messenger transient sky
THESEUS pre-selected for an ESA M5 mission
On May 7, 2018, the European Space Agency (ESA) announced the three selected space missions, out of the 25 proposed, for the fifth ESA middle class mission in its scientific program Cosmic Vision, whose launch date is planned in 2032. One of these three missions is the THESEUS project (Transient High-Energy Sky and Early Universe Surveyor), a project developed in recent years by a large European consortium in which the Astrophysics Department-AIM Laboratory of CEA-Irfu plays a major role.
More