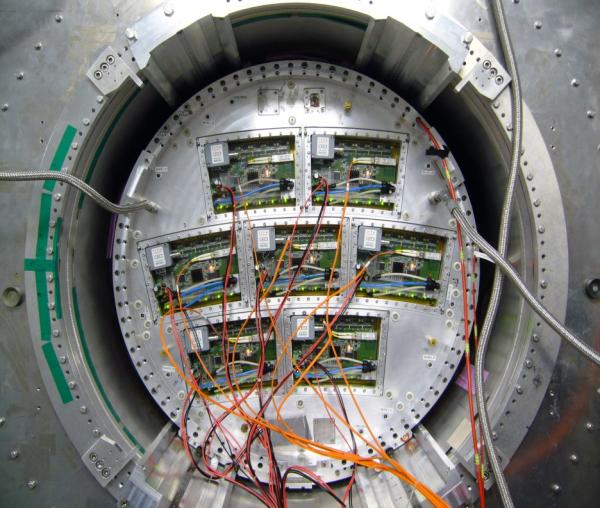 A prototype of a TPC detector, in beam test at DESI in Germany.

FCC (Future Circular Collider) is an R&D effort at CERN devoted to investigating the concept of a proton-proton collider of ultra-high energy that could take over HL-LHC at the 2035 timescale.  With the objective of reaching energies as high as 100 TeV (to be compared to the nominal LHC energy of 14 TeV) the FCC project envisions digging a circular tunnel of 80 to 100 km in circumference in the Geneva area. In a first phase known as FCC-ee, such a tunnel could host an high-luminosity electron-positron collider for the precision study of the Higgs boson at the HZ threshold and the pair production of top quarks at threshold.

SPP physicists and SACM engineers investigate possible magnetic configurations and detector concepts capable of analysing proton collisions at such high energies.  In the context of FCC-ee, they consider the possibility of using a TPC tracker with MPGD readout, focusing on solving the specific problem of distorsions due to return of ions in the drift area. 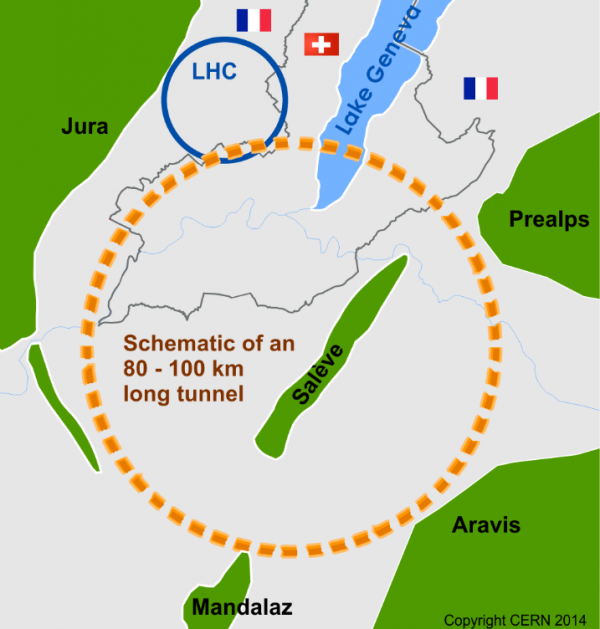