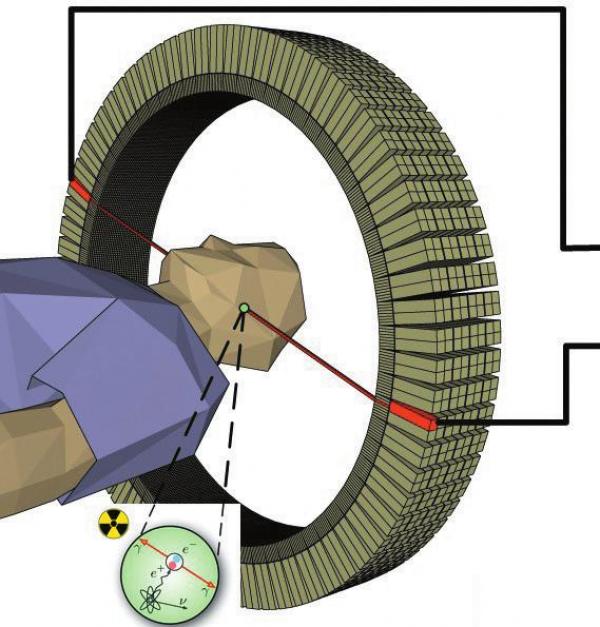 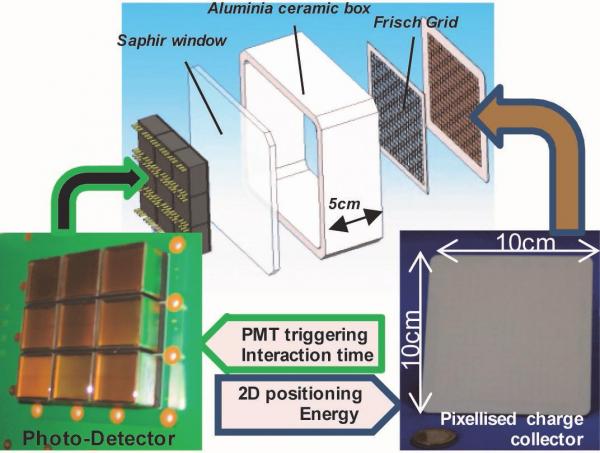 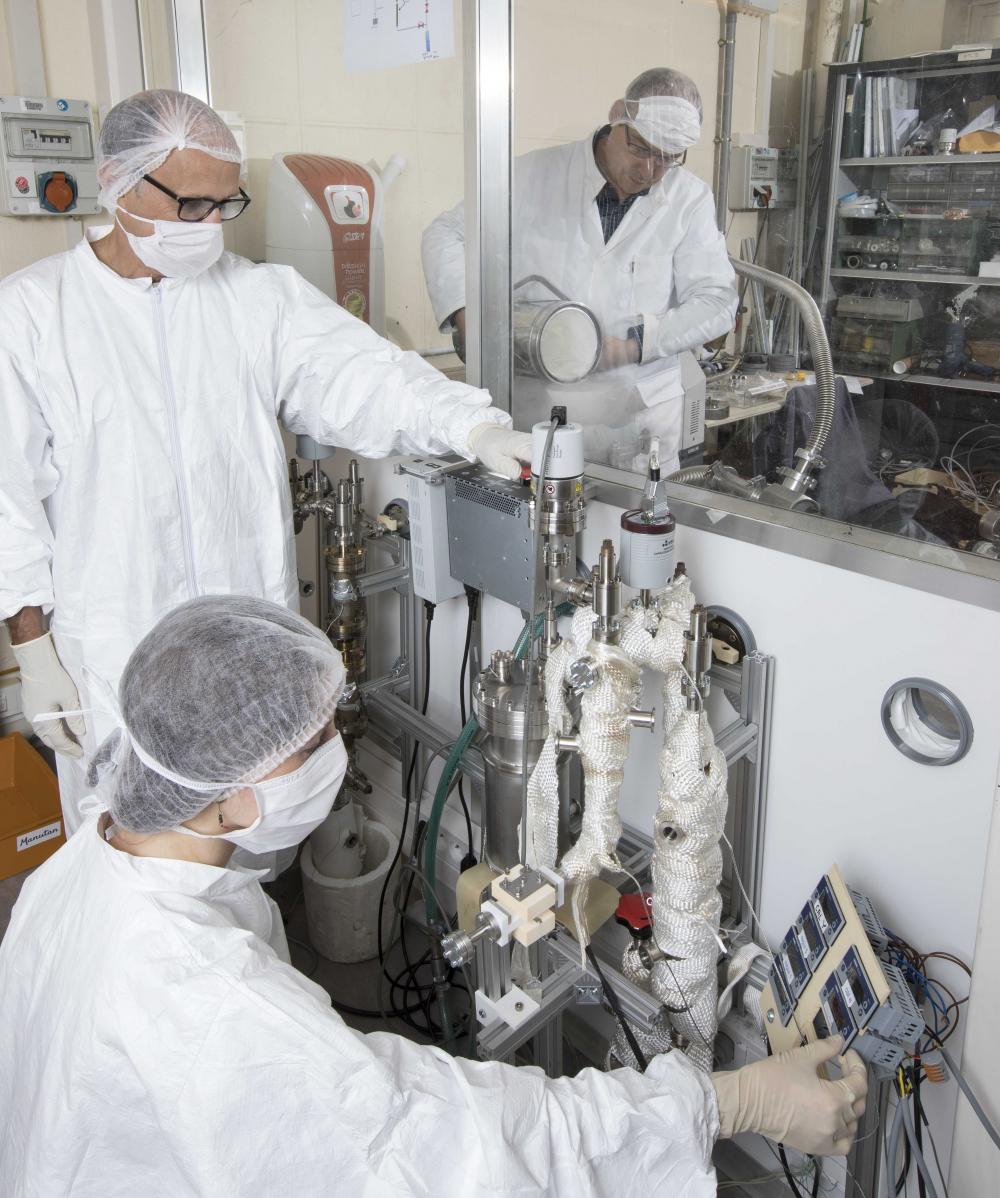 We need to extract electronegative molecules that trap free electrons in order to achieve free electron lifetime larger than 10 μs. This will ensure effective charge drift and collection of the ionization signal. We use molecular sieves for purification because this technology has achieved an impurity level lower than 0.1 ppb O2 equivalent on TetraMethyl Silane in the past. We monitored TMBi purity level by measuring macroscopic ionization current yields, and measured significant increase of the ionization yields with purification. Big efforts are starting to improve the efficiency of this molecular sieve and to upgrade all the systems: vacuum system, distillation system, and purification system. And keep them clean. 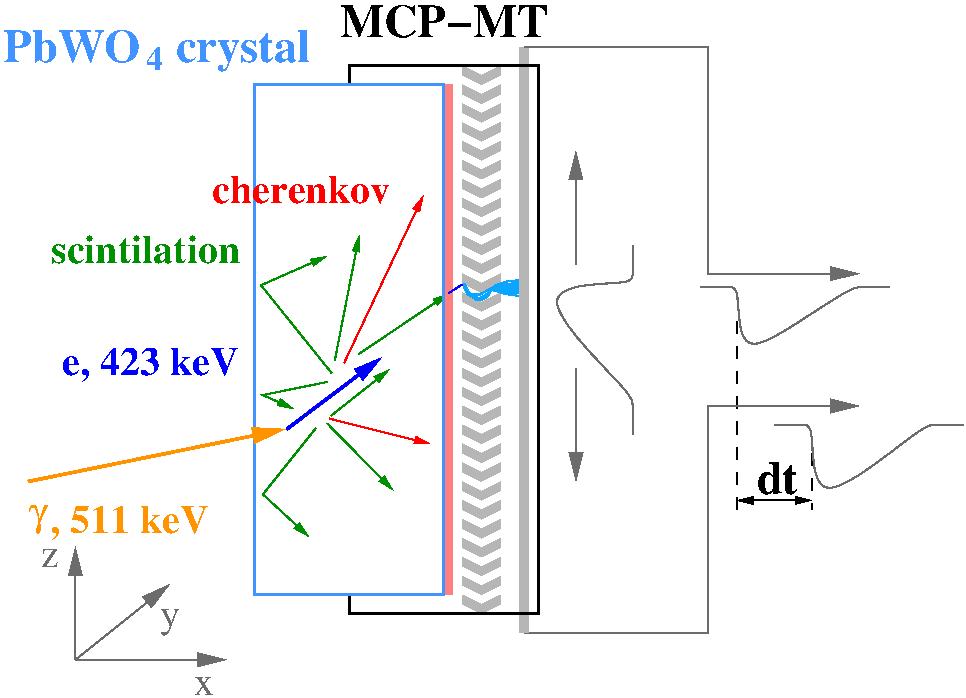 “Scintronic” crystal encapsulated within a MCP-MT. The photocathode is deposited directly on the scintillating crystal. The generated photoelectrons are amplified by a micro-channel late. The amplified signals are collected on a densely pixelated anode plane read out by transmission lines and fast electronics.

In this project we propose and study the concept of a new gamma ray “scintronic” detector targeting a time resolution of the order of 25 ps FWHM, with millimetric volume reconstruction and high detection efficiency. Its design consists of a monolithic large PbWO4 scintillating crystal with an efficient photocathode directly deposited on it. With an index of refraction higher for the photocathode than for the crystal, this design negates the total reflection effect of optical photons at the crystal/photo-detector optical interface, and thus largely improves optical coupling between the crystal and the photodetector. This allows to detect efficiently the Cherenkov light produced by 511 keV photoelectric conversions in PbWO4 , and to optimize the detector time resolution. Furthermore, the low-yield, fast scintillation light produced additionally by PbWO4 increases the detected photon statistics by a factor 10, thus fostering accurate (3 dimensional) localization of the gamma ray interaction within the crystal and providing a fair measurement of the deposited energy. 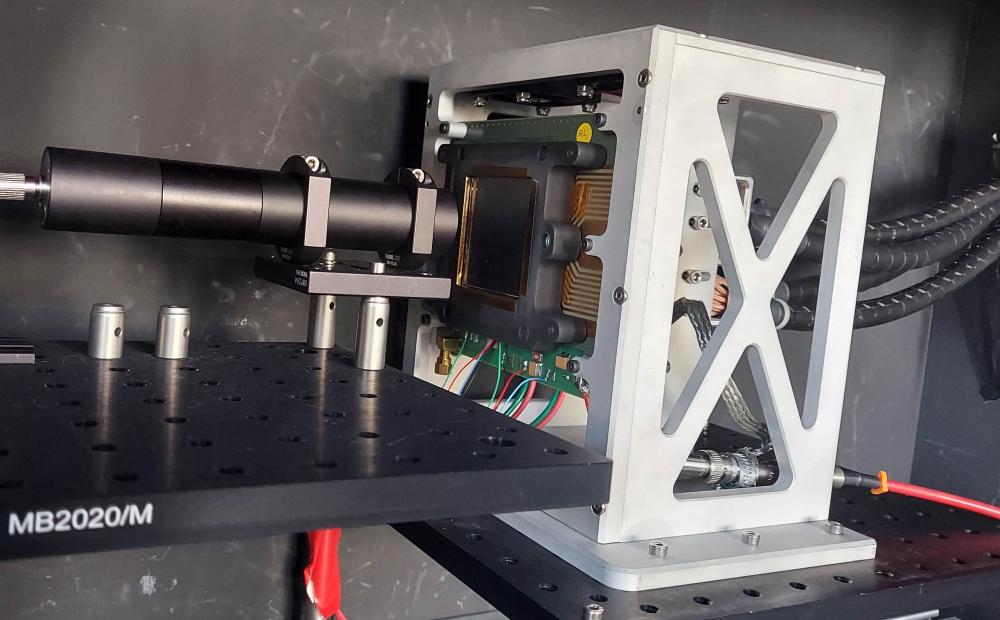