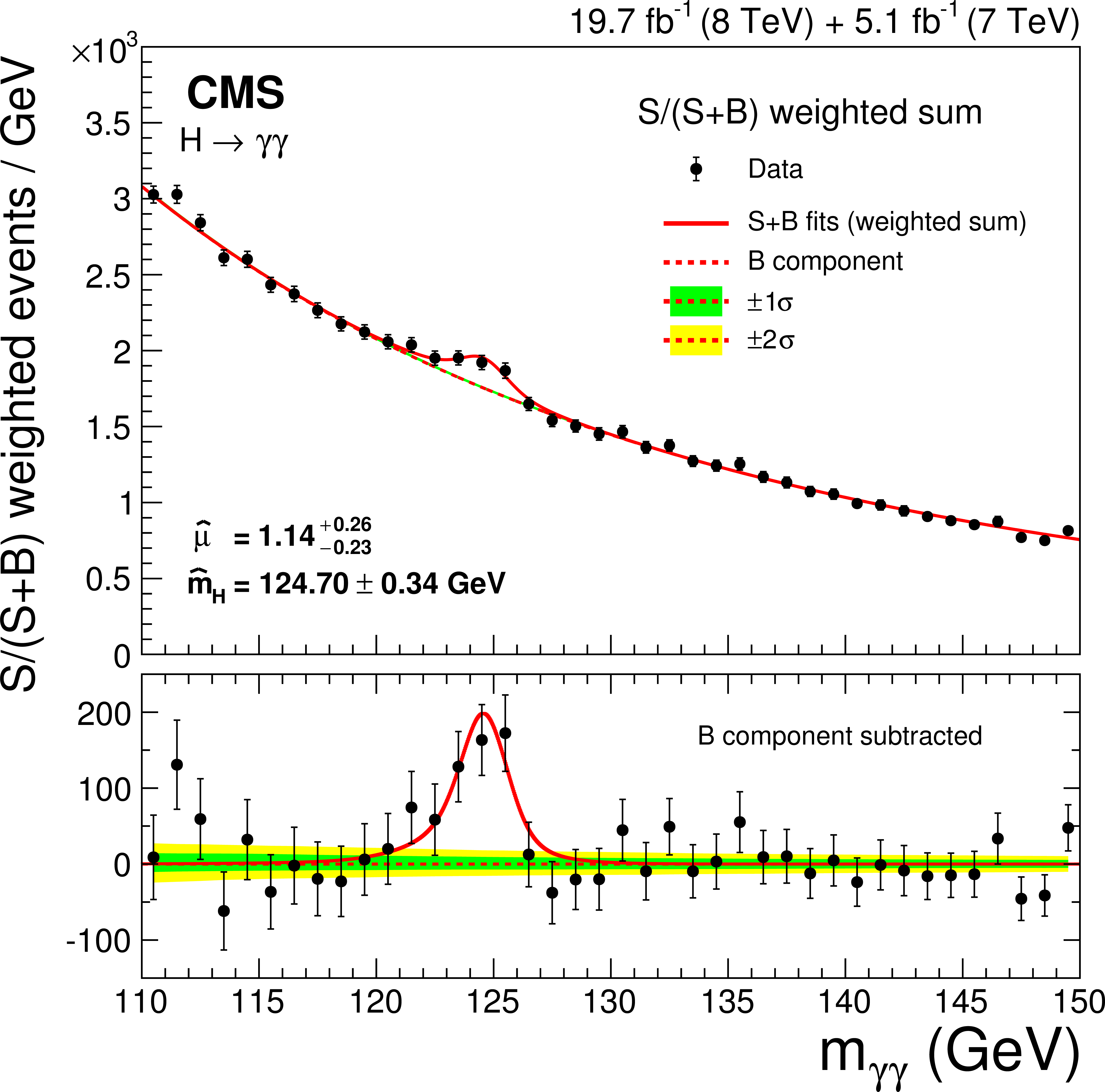 One of the main goal of the LHC is the study of the breaking mechanism of the electroweak symmetry. The search for the Higgs boson(s) has been a major objective of LHC experiments and since the discovery of a Higgs boson in 2012, precise measurement of its parameters (mass, couplings) and the search for possible additional Higgs bosons have become new objectives. The LHC is also focused towards the precise measurement of many observables of the standard model as well as the search for new particles within the framework of its possible extensions.

The central theme concerns the physics of the Higgs boson with the inclusive search of a light standard Higgs boson decaying into two photons. Despite a very small decay rate, this mode has proven to be particularly important for discovery thanks to the narrowness of the signal peak above the continuous distribution of irreducible background noise from the association of two real and isolated photons produced in QCD events.

The narrowness of this peak stems from the energy and position resolution of the detected photons as well as the knowledge of the position of the collision point. In this analysis activity, the CMS-Saclay group benefits from its expertise in the optimization of the performances of the electromagnetic calorimeter, as well as the procedures for calibration and on-line monitoring of the lead tungstate crystals transparency.

The CMS-Saclay group also contributed to the search for a Higgs boson in the two tau leptons decay channel with one of the tau leptons decaying leptonically and the other hadronically. This search was also used to explore the parameter space of supersymmetric extensions where the decay into tau lepton pairs is dominant.

Concerning the standard model physics the CMS-Saclay group CMS has contributed to the study of events containing several gauge bosons leading to final states with several isolated leptons. These studies performed in Saclay focused on events with a pair of Z0 bosons events with four electrons or two electrons and two muons in the final state. At higher luminosity, it will be possible to exploit these events to precisely study three gauge bosons couplings of the electroweak theory. The Saclay Group also contributes very strongly to the measurement of the W as well as Z0 production cross-sections in association with jets. Finally, the CMS-Saclay group is involved in measuring the mass of the W boson. 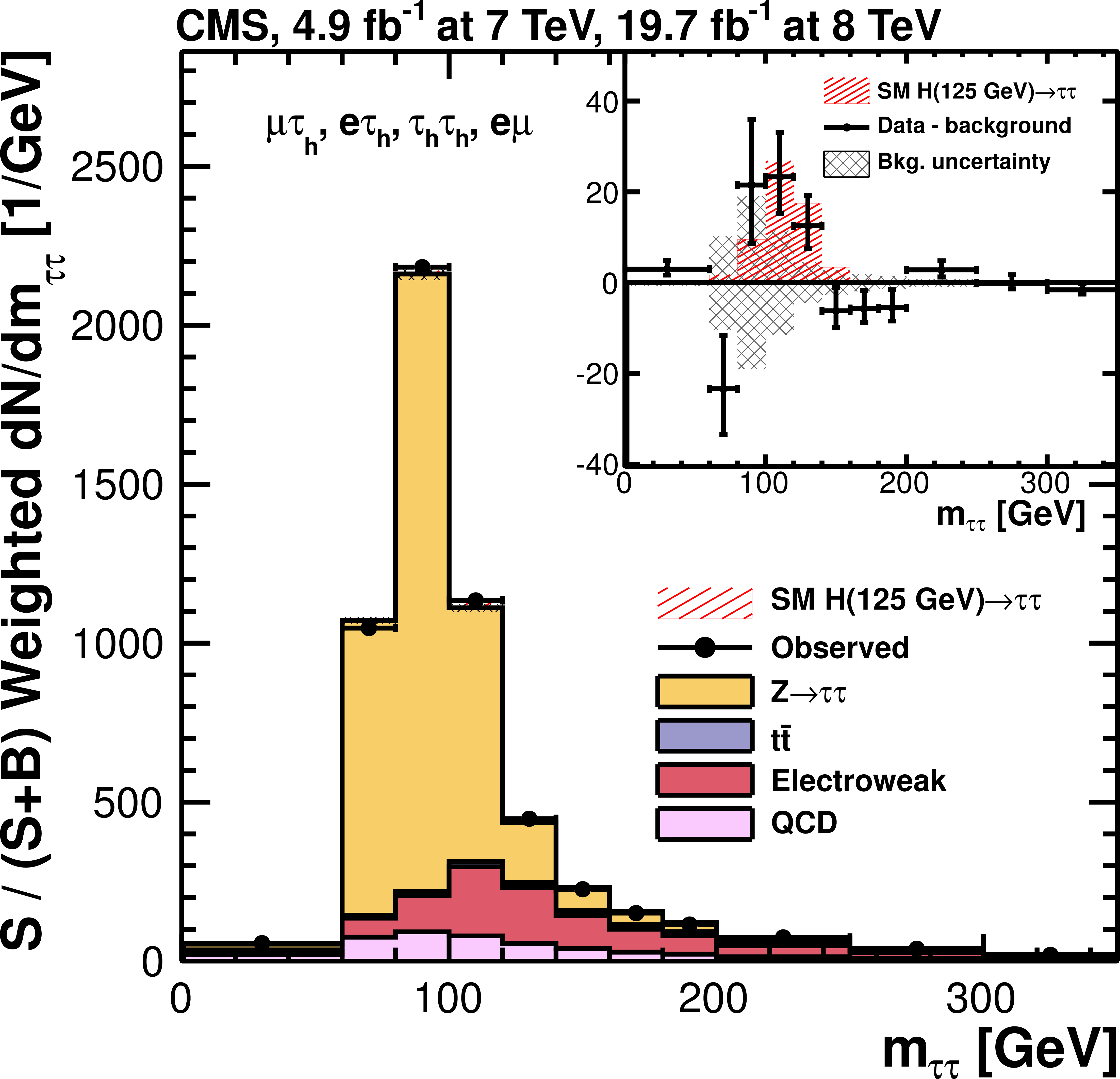 Combined observed and predicted m?? distributions for the ??h, e?h, ?h?h, and e? channels. The inset shows the corresponding difference between the observed data and expected background distributions, together with the signal distribution for a SM Higgs boson at mH = 125 GeV.